Since he has a birthday coming up, I figured I should crack out some info about Wally Reid. I feel like I repeat this a lot, but that is one of the tragedies of the silent era...but, Wally is virtually forgotten about now. His short career and short life made him disappear into the history of Hollywood to be overshadowed by those who came after him. He was oh so dreamy and I wish there were more films of his available...but...alas... 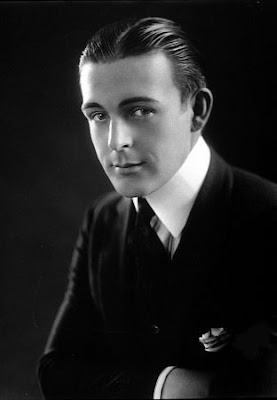 Wallace Reid was born William Wallace Reid on April 15, 1891 in St. Louis Missouri. His parents, Hal and Bertha were involved in show business, traveling the vaudeville circuit. He appeared on stage along with his parents, but eventually he chose school over the theater. He was a star athlete and also excelled in music, learning to play the banjo, piano, drums, and violin.


It was his father Hal that actually told Wally that he should pursue the new medium of film. Hal actually played a part in the film industry as well, acting, writing and directing films. Wally made his film debut in 1910. 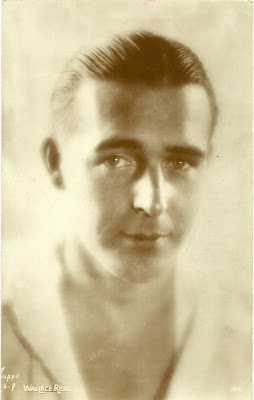 Wally was more interested in directing film rather than starring in it, but those at the studio had a different idea. The studio wanted to capitalize on Wally's good looks and great body (ooh la la) and make him into a screen idol. He had a chance to work alongside with the silent era's elite leading ladies such as Gloria Swanson and Lillian Gish.

He had roles in both of D.W. Griffith's epics, Birth of a Nation and Intolerance. Although he was more famous for his roles as a daring race car driver in over six films.

In 1919, while making the film Valley of the Giants, Wally injured his back in a train wreck. He was given morphine so that he could continue on with filming. This was the beginning of his downward spiral because he soon became addicted. He kept working at a frantic pace to keep up with his very busy filming schedule. This did not help matters.

His health kept getting worse and worse until he finally contracted the flu and went into a coma. He never regained consciousness, and died on January 18, 1923 in Los Angeles. He was only 31. 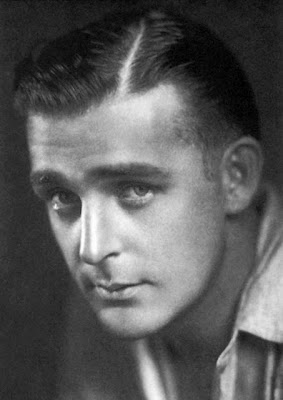 Wally was interred at Forest Lawn in Glendale.

He was only married once, to actress Dorothy Davenport. They had one son, Wallace Reid Jr. and an adopted daughter, Betty. After his death, Dorothy travelled the country with the film Human Wreckage and discussed the dangers of drugs.

"The terrible shock of his death shattered the public's image of him, and almost shattered Hollywood." ~ Cecil B. DeMille on his friend Wallace Reid
Posted by Jessica Wahl at 10:32 AM