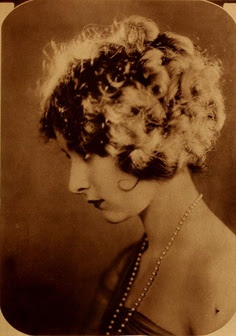 Last night I watched the movie Chaplin. I love that movie! I am not a huge Chaplin fan...which should be obvious with how much I go on about loving Buster Keaton. I plan on writing an entry about Chaplin, but that is a big undertaking, so I am holding off on it. I will discuss my relationship with him in that blog. But, again, I love the bio-film. The icing on the cake is that it stars Robert Downey Jr., whom I love.


But, I am gonna write a bit about Mildred Harris. She was a pretty little thing that became more famous for her marriage at the age of 17 to one of Hollywood's biggest stars than she was for her acting career. I am gonna spotlight her a bit here though, so...here we go!

Mildred Harris was born on November 29, 1901 in Cheyenne, Wyoming.


She made her first screen appearance at age 12 in a Western short. In 1914, she appeared in shorts that were part of the Oz series.


In 1916, she appeared as a harem girl in D.W. Griffith's epic Intolerance. Her role in this caused her career to rise steadily until she became a leading lady in film during the 1920s. She played opposite such leading men of the day as Douglas Fairbanks Jr., Lionel Barrymore, and Owen and Tom Moore.

When talkies came about, Mildred, like so many other silent stars could not keep their career momentum going. She toured in stage, comedy, and burlesque shows before returning to the screen in 1936 to appear with the Three Stooges in Movie Maniacs.


She appeared in a few more films during the 1940s, making her last film appearance in Having a Wonderful Crime, which was released posthumously.


Mildred Harris died quite unexpectedly on June 20, 1944 of pneumonia. She was 42 years old.


She was interred at Hollywood Forever Cemetery.

When Mildred met Charlie Chaplin, she was only 17 years old. They dated for awhile, and she eventually became pregnant by him (some say she faked the pregnancy). She did give birth to a baby boy in 1919, but the baby only lived for three days. The couple fought constantly and eventually separated a few months after the death of their child. Mildred tried to pretend to friends and the public that the marriage was fine, but she filed for divorce in 1920 citing mental cruelty. He called her out as well, saying that she had had countless affairs. He wouldn't name any names, but one of her affairs was rumored to be Alla Nazimova.


After her divorce from Chaplin, she became involved in another highly public affair with the Prince of Wales. The two were only together for about a year. And it was actually Mildred who introduced the Prince to his future wife Wallis Simpson.

In 1924, Mildred married Everett Terrence McGovern and the two had one son, Everett Terrence Jr. They divorced in 1929 after she claimed that he had abandoned her. Her final marriage was to William Fleckenstein in 1934, and they remained married until her death. 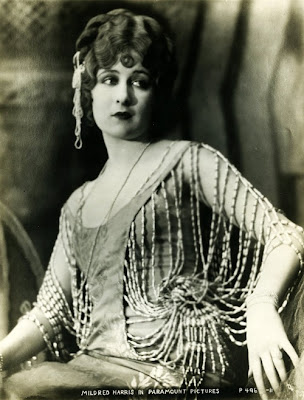