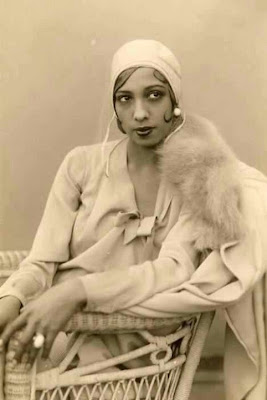 For one of my classes, I am writing a paper that deals with minority women in the silent film era. The two ladies I chose to write about were Josephine Baker and Anna May Wong (whose bio will follow this one). So, I figure I would get my brain really working by writing about them on here before I write a somewhat boring analysis paper.


In my opinion, Josephine had one of the prettiest smiles. Her whole face just lit up when she smiled, and it made her look so beautiful and adorable. She also had a big heart and she deserves to be remembered for not only that, but for her acting and her singing talents. 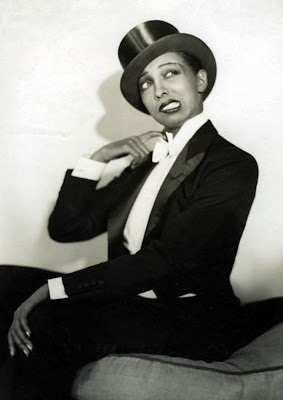 Josephine Baker was born Freda Josephine McDonald on June 3, 1906 in St. Louis, Missouri. Her mother was Carrie McDonald, and her father was cited as being Eddi Carson, although it is up in the air whether or not that is correct.


At age 12, she dropped out of school and lived on the streets. She danced on street corners for money, and three years later was finally discovered by a recruit for the St. Louis Chorus vaudeville show. Soon after, she headed to New York. Her role on the Broadway stage was that of the last girl in the chorus line. It was her "job" to dance like she didn't know the steps and be the comic relief. At the encore of the show, she would dance a very intricate dance to prove that she really did know what she was doing. 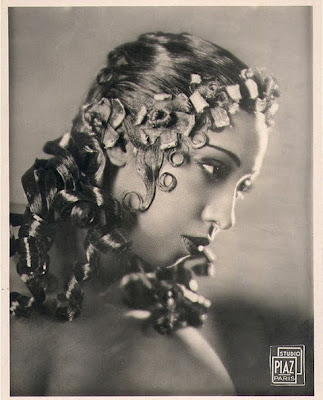 In 1925, she went to Paris and became famous for her exotic dances and for appearing on the stage almost nude. Her most famous dance was done while she was wearing a skirt made of stringed together bananas. (Love it!) She also loved wearing sequins, feathers, and diamonds, and even dancing on stage with her pet cheetah.


Josephine starred in only 3 films, and they were films that were mostly only popular in Europe. I have only seen 1934's Zouzou and 1935's Princesse Tam Tam, and they are both very cute.


Around this time, she also had a hit song, "J'ai deux amours" and became somewhat of a muse for such notables as F. Scott Fitzgerald, Langston Hughes, and Christian Dior. 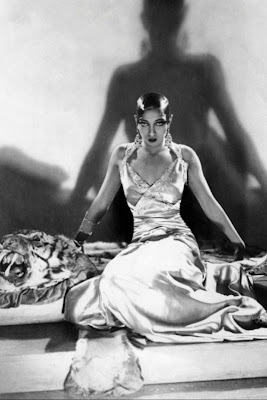 Unfortunately, Josephine didn't reach the heights of stardom in the U.S. as she did over in Europe. She received bad reviews and was eventually replaced in the Ziegfeld Follies. It wasn't until 1973 when she performed at Carnegie Hall that she received the recognition she deserved.


She eventually became a French citizen in 1937. She was so loyal to her new country, that she even offered to be a spy against the Nazis. She volunteered to offer information she overheard at parties and other social gatherings, and because of her status, she could attend some pretty elite parties. She also smuggled messages in invisible ink on her sheet music. She loved helping the war effort in other ways, such as sending Christmas presents to the soldiers.


Along with patriotism, Josephine was also very supportive of the Civil Rights Movement. Her biggest way to slap racism in the face was to adopt 12 children from different countries...way before Angelina Jolie. Her "Rainbow Tribe" consisted of sons: Janot (Korea), Akio (Japan), Luis (Columbia), Jari (Finland), Jean-Claude (Canada), Moise (France), Brahim (Algeria), Koffi (Ivory Coast), Mara (Venezuela), Noel (France). And daughters: Marianne (France) and Stellina (Morocco). Josephine did give birth once, but the baby was stillborn. This tragedy resulted in a hysterectomy in 1941. 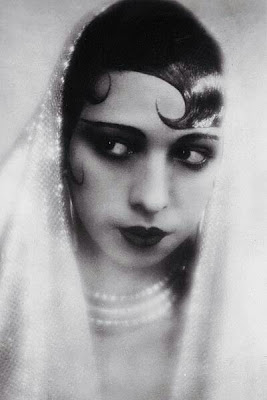 She refused to perform for segregated audiences and caused a stir when she charged The Stork Club with racism when they refused to serve her. Actress Grace Kelly was there at the time and also vowed never to return to the club. The two became good friends after this incident. (When Josephine was falling on hard times financially, Grace helped her friend out).

She worked with the NAACP, and was asked after MLK's assassination, by his widow, to head the Civil Rights Movement. Josephine declined, saying that her children were too young and needed her more.


There was/is rumors that Josephine was a bisexual. Her son Jean-Claude discusses it in a book about his mother, but that is the only kind of confirmation. 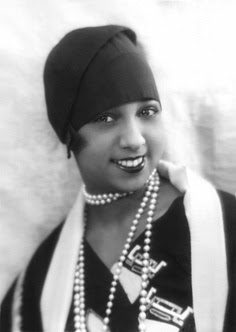 Josephine died on April 12, 1975 of a cerebral hemorrhage. A few days earlier, she had performed a stellar revue for an audience that included such luminaries as Sophia Loren, Mick Jagger, Liza Minnelli, and Diana Ross.


She was interred at the Cimetiere de Monaco in Monte Carlo. She was the first American women to receive full French military honors at her funeral.


There is a story that she once had a rejected lover kill himself at her feet.

Her favorite food was spaghetti. In case you were dying to know.

"I love performing. I shall perform until the the day I die." ~ Josephine Baker
Posted by Jessica Wahl at 2:15 PM