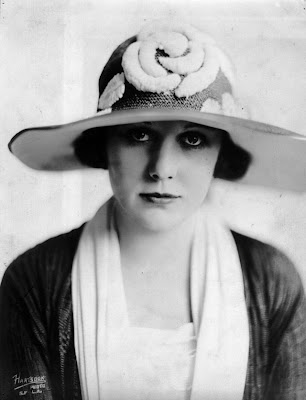 Continuing with the theme of Chaplin's ex wives...we move along to Edna Purviance (Not an ex wife, but an ex girlfriend). I loved Penelope Ann Miller's portrayal of Edna in Chaplin. She acted just the way I thought Edna was when she was alive. Even in her pictures, she had a playful look in her eyes. I have seen her in a scene of a Chaplin film, I believe it was Burlesque on Carmen, and she just looked so lively and beautiful. She seemed to be one of those ladies you wanted to hang out with...go to a speakeasy or something. 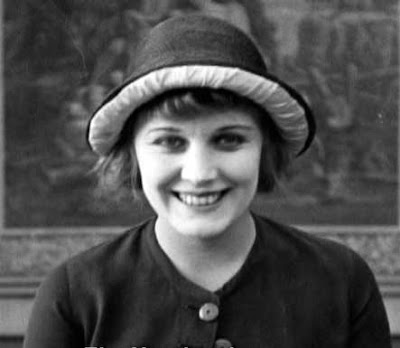 Edna Purviance was born Olga Edna Purviance on October 21, 1895 in Paradise Valley, Nevada to parents Louis and Madison Purviance. Her parents divorced when she was seven, and her mother later remarried a plumber named Robert Nurnberger.


In 1913, she left home and attended a college in San Francisco. It was here, three years later that she met Charlie Chaplin. He was working on a film and was looking for a leading lady. One of his associates mentioned seeing Edna in a cafe and thought Charlie should take a look at her. She got the part.


Edna ended up appearing in 33 of Chaplin's films, including 1921's The Kid with Jackie Coogan.

She retired from film in 1927. She didn't have to find another means of support because Chaplin kept her on his payroll until she died.

Edna Purviance passed away on January 11, 1958 of cancer.


She was interred at Grand View Memorial Park Cemetery in Glendale, California.


Edna does not have a star on the Hollywood Walk of Fame, but there is a petition for her to get one. 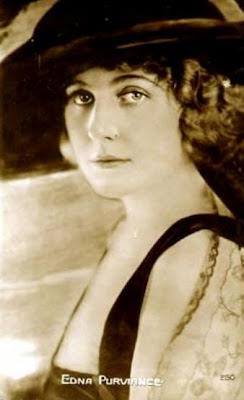 Although she and Chaplin were romantically involved for a number of years, they never married. Instead, in 1938, she married an airplane pilot named John Squire. Unfortunately, Squire passed away in 1945 (Apparently some silent home movies were found of the husband and wife, showing them at home, at work, etc).


She was one of William Desmond Taylor's neighbors at the time of his murder in 1922.


"Edna Purviance is a mystery woman. An enigma. Less is known about her, both in Hollywood and among the fans, than is known about any other woman of prominence in pictures. Her career has been startlingly unusual. Her personality, her life, remains as baffling as ever." ~ Adela Rogers St. Johns

** 10/23/10 ** In the 1910 Census, Edna is listed with her mother and her stepfather. Her name though is listed as being "Edna O." Purviance, so I am not sure if her birth name was in fact Olga or if it was Edna. Also, her mother's name is not listed as Madison but rather as Louise.

Robert Nurnberger was a plumber and also had a lodging house. According to this Census he had five lodgers at the time.
Posted by Jessica Wahl at 6:28 PM