Hello hello! I apologize for being absent for awhile ladies and gents. The glitch with Blogger was driving me insane and making it very hard to do posts and comment on your comments and just....GRRRR!! And I just got back from a vacation to Florida, and didn't even use my laptop down there. To tell you the truth, it was kinda nice. No offense.

BUT, I am back and ready to work/blog. What is coming up? Lilyan Tashman, Mary Brian, early flickers, Our Dancing Daughters/Our Modern Maidens, some more silent grave photos from my last trip to California, and.........whoever else! You want me to profile someone or something or some film, let me know! I will be happy to oblige!

Until we meet again...

I want to apologize really quick. I have a few comments on some posts that I want to respond too, but for some reason, I can't. I can publish the comments and they get added to the post, but I can't respond to them. The page loads completely blank, no clue why. So, hopefully soon I will be able to respond and discuss stuff with you guys. Stay tuned. 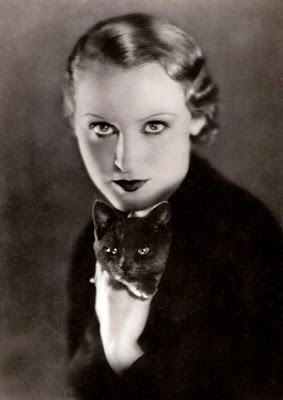 So, I talked about Metropolis, gotta talk a little more about Brigitte Helm, because she was pretty amazing. But, for some reason, like fellow silent stars Barbara Kent and Marceline Day, Brigitte refused to talk about her film past. Makes her even more intriguing. 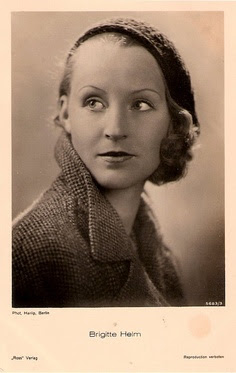 Her early life? No clue. There isn't much info about her that I can find. And the website dedicated to her..........is in German, which I don't read/speak fluently, sorry. I tried to translate it, but the translation makes no sense. I failed. I'm sorry :(

What I have found is that she enjoyed acting in school plays, but she only saw it as something fun to do. She didn't want to pursue acting as a career. In fact, she wanted to work as an astronomer.


When she was 18, her mother sent in her picture to director Fritz Lang in order to help her secure a role in his new film. And, she got it! Pretty groovy to think an 18 year old girl did such a stellar job in TWO roles in such a landmark film.

After her breakthrough role, she appeared in around 30 films including The Countess of Monte Cristo and The Blue Danube, both in 1932. She did appear in some talkies, and was actually up for the role of The Bride of Frankenstein before it was finally given to Elsa Lanchester.

Apparently, her studio wanted her to only appear in vamp roles, which annoyed her. She eventually sued the studio, but lost her case. She really only took later roles to help pay off her court costs. 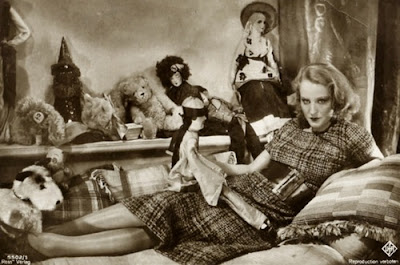 Her career came to an abrupt and sad end in the 1930s when her studio contract expired AND she was put on the Nazi's watch list after she married a man who was Jewish. On the flip side, Metropolis was reportedly Hitler's favorite movie, so there were a few times when he personally helped Brigitte out of jams when she was involved in a couple of traffic collisions.

After she retired, she moved with her family to Switzerland, and refused to talk about about her film career past. Her son was once approached about asking his mother to do an interview about her career. He said that his mother would disinherit him if he even asked! 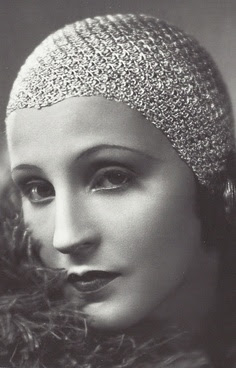 Brigitte Helm passed away on June 11, 1996 in Ascona, Switzerland.

She was buried at the Ascona Cemetery in Ticino, Switzerland.

Brigitte was married twice. First to a man named Rudolf Weissbach, but don't know the dates. Her second husband was industrialist Dr. Hugo von Kuehnheim, who she married in 1935. Together, they had four sons. I am pretty sure they remained married until her death, but not 100% sure.

She was Josef Von Sternberg's first choice for Lola in The Blue Angel. 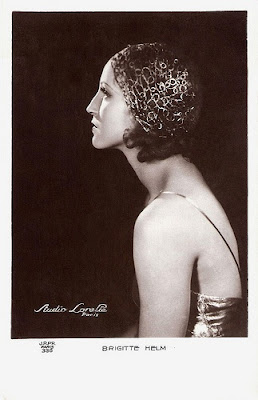 "There can be no understanding between the hand and the brain unless the heart acts as mediator." ~ Maria in Metropolis

I watched Metropolis the other day for the first time.

It ain't my bag. I just figured since I am a silent film fan, I gotta see the one that is pretty famous and well known, even among people who don't love silents. But me, I like the movies with the flappers and very 1920s looking, ya know? Metropolis was very futuristic and modern with it's ideas. It was also very German lol. Loved Brigitte Helm though, she is incredible. And I am so happy that more footage of it was found. Gives hope for the thousands of lost films out there.

I just wanted to talk about some the cool facts about the film because it was/is a pretty influential film for being as old as it is. And it is one of those films people say you should see before you die, so...go see it! 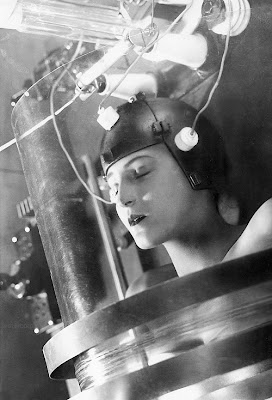 Not suprisingly, this was one of the most expensive films during that time. It was around $200 million dollars!

It was also reportedly one of Hitler's favorite movies. Nice, eh? Fritz Lang's wife was a supporter of the Nazi party, and members saw the film as a social blueprint. Even more interesting? Fritz Lang was Jewish! Supposedly Hitler liked the film so much, he let the director flee to the United States.

Around 20-30 minutes of the film that was believed lost was found in a museum in Argentina in 2008. Shortly after, it was announced that even more footage had been found in Chile. Apparently the film cannister was purposely mislabeled to avoid being destroyed during a time of military coup in Chile. From what I have read though, the Chile film has not been put into the newly released edition. I could be wrong though, but from what I have read, that is the impression I get.

This movie took 2 years to shoot, and I can see why! I mean, movies now take that long and they have all the fancy technology, but back in 1927...man...can you imagine? A lot of hand work and fancy editing techniques.

When you first see/meet the robot, it is actually Brigitte Helm inside. See, this is why I love her. What a trooper! After her role in this film, almost all of her following film roles were starring roles.

Like I said earlier, this film was quite influential. C-3PO from Star Wars was modeled after the robot. I didn't know this till after I watch it, and it is kinda weird how they walk the same and look like they are made out of the same material. Also, the creators of "Superman" liked the film so much, they named Superman's city after the title.

Not surprising, but the film was panned by critics when it first came out. Even famous science fiction author H.G. Wells didn't like it. 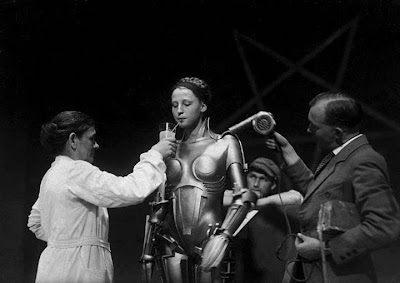 This is one of my favorite silent film pictures. Brigitte looks so young and adorable, even when she is dressed as a robot! It is just so cool/bizarre how modern the picture looks, yet it was taken in the 1920s. Such an awesome picture. I wish I could get it framed and put in my house.﻿
Posted by Jessica Wahl at 8:34 AM 6 comments: 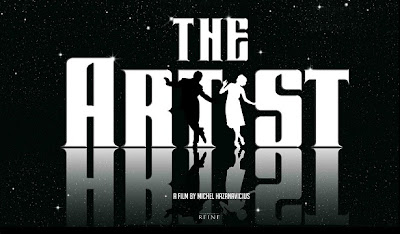 What did you guys think of the film?
Posted by Jessica Wahl at 2:25 PM 2 comments: