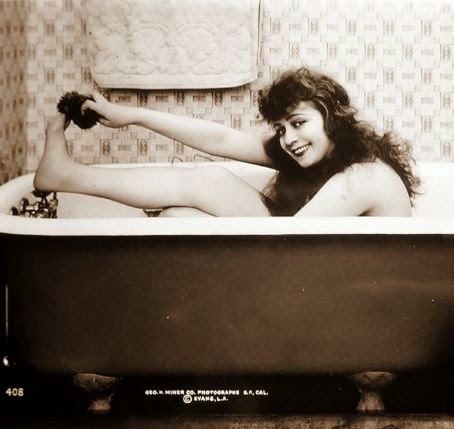 I just wanted to write a quick entry to let everyone know I am still here, still alive. The past two weeks have been me moving from Nashville to Michigan to see family and then heading out to California. I got here a few days ago and am still trying to get my bearings. I have been able to pay a visit to Valentino, Florence Lawrence, Mickey Rooney, and Marion Davies though...had to. AND yesterday my friends and I ventured to Hearst Castle and it was incredible! We went into Hearst's private theater and saw home movies featuring stars like Dolores Del Rio and John Gilbert and of course, Marion Davies. It was amazing and I can't wait to go back.

Another thing I wanted to comment on is the Lifetime show "The Ghost in My Child" (or some crap like that). There is an episode that just aired that has a 17 year old claiming to have the spirit of silent movie star Lucille Ricksen living inside of her. I wanted to put my stance on that whole situation because I was friends with the girl in question. Facebook friends, but still, I knew her. Reading the reasoning behind her 'revelation' is complete BS to me. Judging by that logic (if you even want to call it that) then I have the spirit of Olive Thomas, Martha Mansfield, Rudolph Valentino, Florence Lawrence, Florence La Badie, and every other tragic star I have covered living inside of me. I don't know why I love silent film stars so much, but liking them doesn't mean that you have their spirit living inside of you. Also, if you were actually Lucille Ricksen...you would know how you died, you would know who is interred in your niche, and you wouldn't be sharing a body with another person. That would be possession. It just pisses me off that THIS is the reason that Lucille Ricksen will be known by the people who watch that show. Lucille should be remembered for being a lovely child star who was going to grow up and become a truly wonderful adult, and she was tragically taken at a young age.

So, there is that! I will write an actual entry when I get the chance, but just wanted to make sure that you didn't think I was leaving you hanging. I'm still here!! 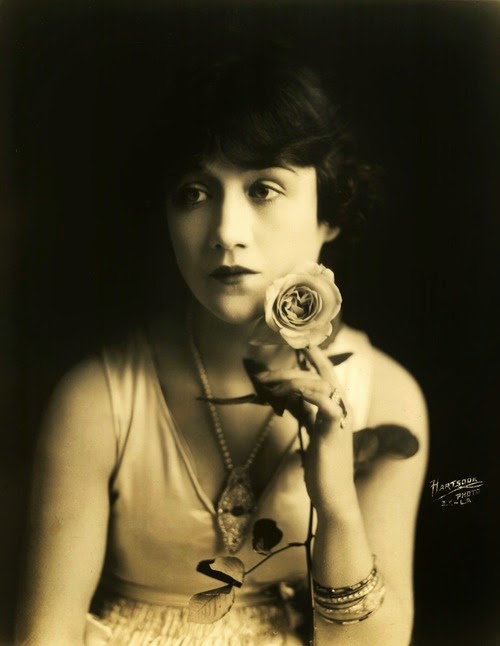 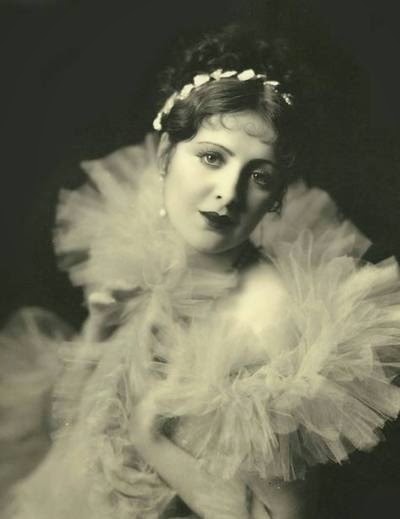 Sorry for the lack of activity on here. This is my last week at work before I move, so, a lot going on!

That being said, let us begin! And, I cannot believe I haven't written about Billie Dove yet! But, here we go! 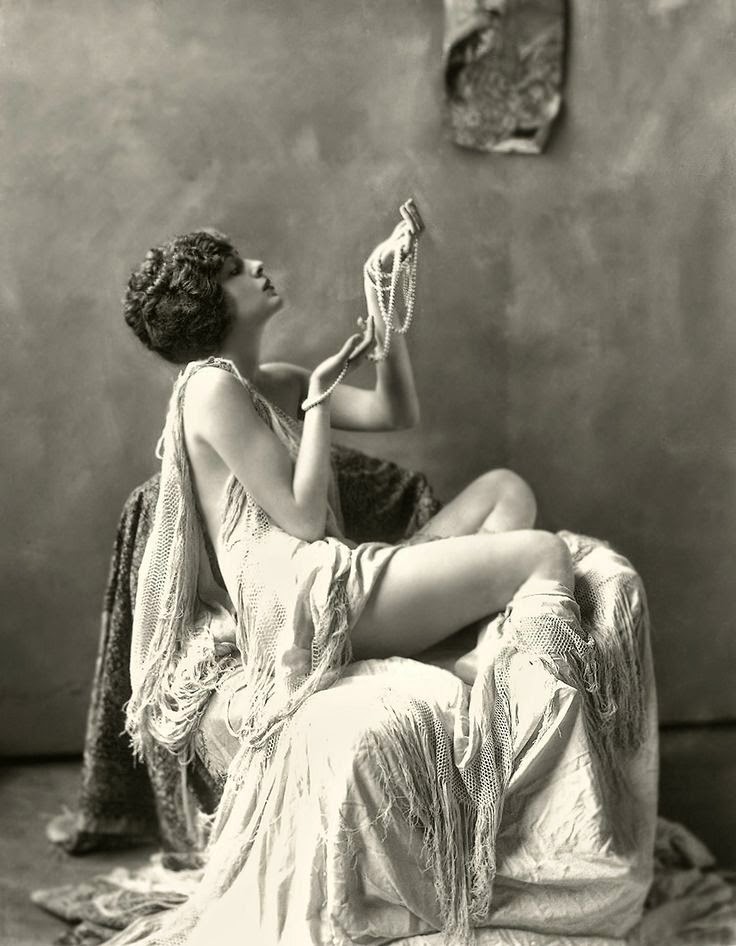 Billie Dove was born Lillian Bohny on May 14, 1903 in New York City, New York. I have read in a few places that people say her name at birth was really Bertha Lillian Bohny, but according to a 1910 census record, she as listed as Lillian. So, we are going with that.

She was the oldest child and only daughter born to Charles and Bertha Bohny. In the same 1910 census record, Charles's occupation is listed as "waiter." Her younger brother, Charles Jr. was born three years after her.

In the 1920 census, Charles Sr. is not listed as living in the household with his family, BUT, Bertha Bohny's marital status was listed as "MARRIED." So, I am not sure what was going on there. At this time though, Billie was listed as working as a model in the theater. Getting really specific there! But, she had to help support her family somehow!

When she was still a teenager, Billie joined the Ziegfeld Follies Revue. Florenz Ziegfeld himself spotted her in an advertisement and thought she was beautiful and just had to her in his show. The one little snag was that Billie couldn't really sing or dance very well. Ziegfeld, and more importantly the audience didn't seem to mind. They just loved to look at her on the stage. She would go on to appear in the Midnight Frolic as well, the 'naughtier' Follies show. 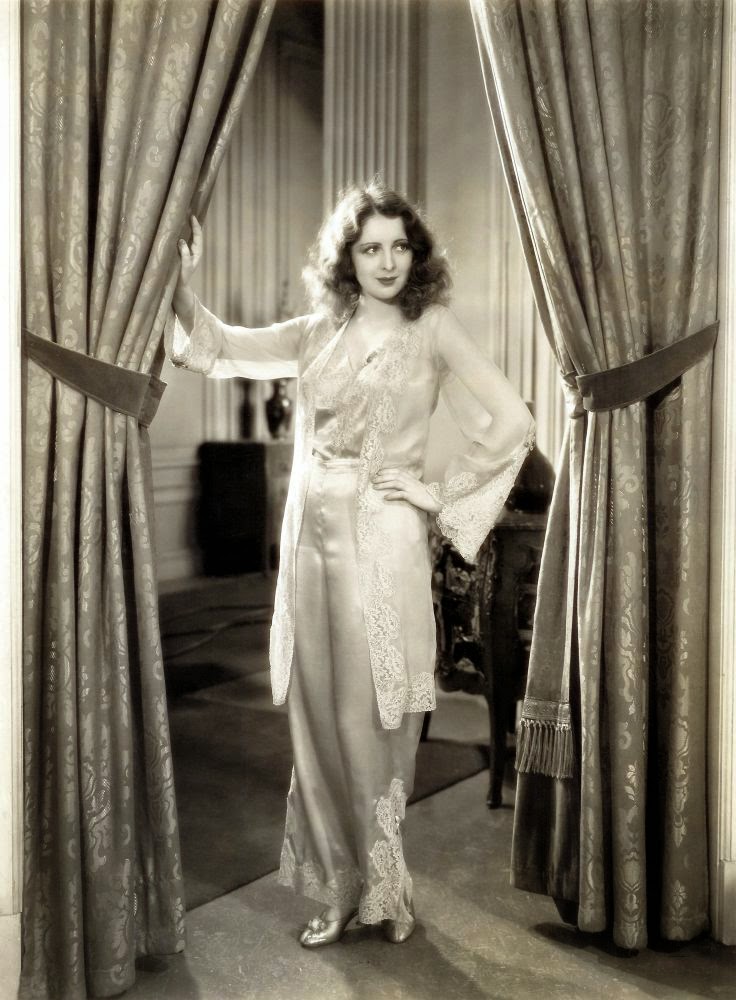 In the early 1920's, Billie headed west to California and began her screen career. She made her film debut in 1921 in Get Rich-Quick Wallingford.

Billie may not have had a stellar, super star career, but she was popular with the movie going audiences. At the highest point of her career, she was receiving almost as much fan mail as the top box office actresses like Clara Bow! Her most notable films include, The Black Pirate (1926) with Douglas Fairbanks, Kid Boots (1926) with Clara Bow, and Blondie of the Follies (1932) with Marion Davies.

The latter film ended up being the last that she appeared in. Her experience on this film was not a happy one due to William Randolph Hearst cutting her part down to make more screen time for his mistress, Marion Davies. She also wanted a chance to focus on her personal life.

In 1963, a film starring Charlton Heston called Diamond Head was being advertised as Billie Dove's comeback film. Unfortunately, all of her scenes ended up being cut and so her big comeback was not to happen. 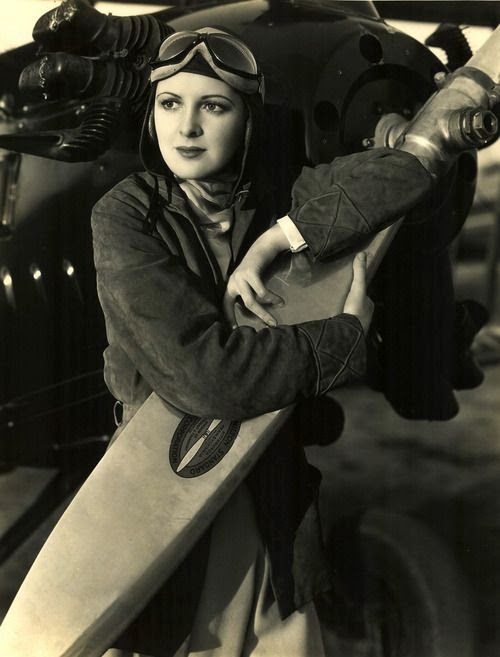 Billie Dove passed away on December 31, 1997 in Woodland Hills, California.

She was entombed at Forest Lawn in Glendale.

Billie was married three times. Her first husband was director Irvin Willat, who she met on the set of one of her pictures. The two were married from 1923 until their divorce in 1929.

Her second marriage was to oil executive, Robert Kenaston. This was her longest marriage, it lasted from 1933 until they divorced in 1970. The marriage produced a son, Robert Alan (born in 1934) and the couple also adopted a daughter, Gail, around 1938. Robert Kenaston passed away three years after the couple's divorce and sadly, Robert Jr. predeceased his mother by two years after losing a battle to lung cancer.

Her third and final marriage was to architect John Miller. They married in 1970 and only stayed married for a few years before they were divorced. After she and Miller divorced, she went back to using the last name of Kenaston and that is what is on her grave marker. 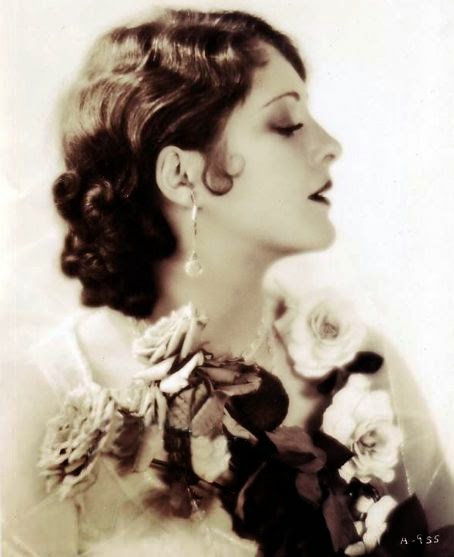 During the 1930's Billie was living with and engaged to Howard Hughes. Years and years later Billie told the story that Howard actually offered her then husband, Irvin Willat a large amount of money if he would divorce her so that HE could marry her. Irvin and Billie all thought it was a funny kind of joke from a friend, but he took the money! Not sure if he cashed it though...hmmmm. But, in the end, Billie and Irvin divorced and she ended up breaking up with Howard for reasons she would never reveal. She later said that the reason behind the break up was so silly and small that no one would believe her if she told them. They did remain friends though.

She reportedly had a fling of some sort with Florenz Ziegfeld during her career in the Follies. Her screen career was supposedly jump started by Mrs. Ziegfeld, Billie Burke, who wanted the beautiful young girl out of the way. I haven't read much more about this so I am thinking it is not a substantiated claim. 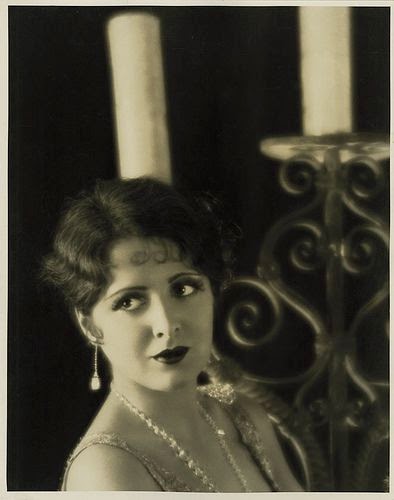 Billie once told a story of being proposed to by John Gilbert while he was separated from his wife, Leatrice Joy. She never took the proposal seriously, and I guess we will never know if he was or not!

She was nicknamed, "The American Beauty" and appeared in a movie by the same name in 1927. The film also featured Alice White and Margaret Livingston. 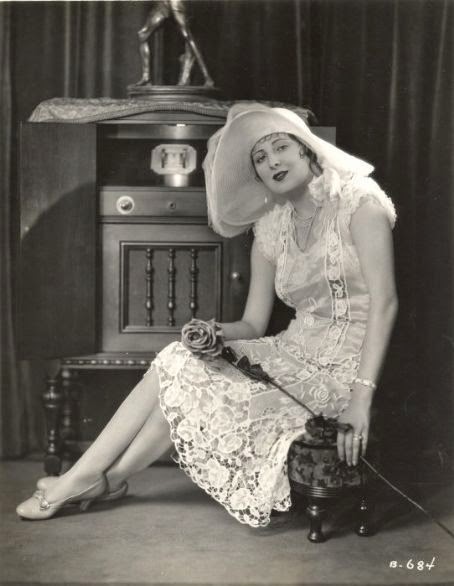 Unfortunately, most of her films are considered lost. A majority of them were lost in a fire, similiar to what happened to Theda Bara's films.

She was reportedly offered the role of Belle Watling in Gone with the Wind but she turned it down. It of course went to Ona Munson, a fellow Ziegfeld girl.

Two of her most famous fans included Gerald Ford and Billie Holliday, who actually took her stage name from her idol.

She had a pretty impressive collection of beautiful perfume bottles. 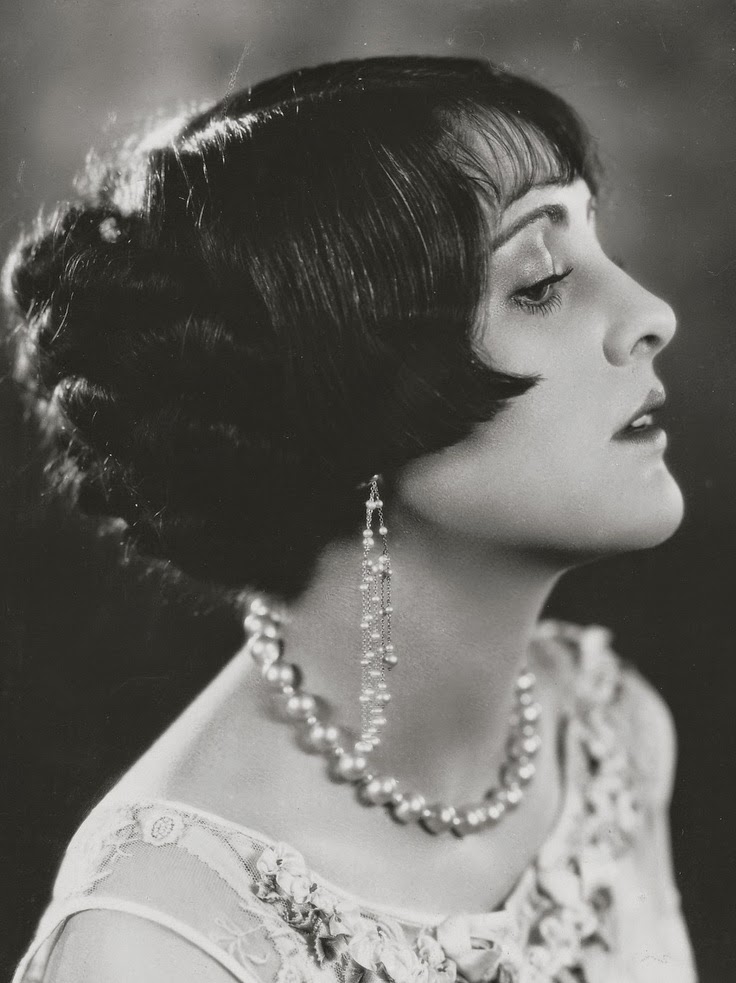 "I had always liked the movies. All of the girls wanted to be in the movies. I didn't want to be. I knew I was going to be. I'm not psychic, but there have been some instances in my life when I have been absolutely sure of something and this is one of them." ~~ Billie Dove
Posted by Jessica Wahl at 7:13 PM 4 comments: