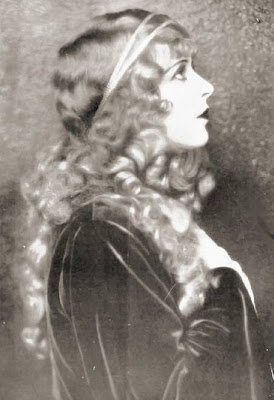 So, I had a request from one of my readers to do a blog on May McAvoy (If you would like to request a star, just let me know on here or on Facebook for those who are my friends on there). I usually just think of stars at that moment and go from there, so requests would be groovy!


I know I have seen May in a movie before, and I cannot for the life of me remember what one it was. I am thinking it was either in The Jazz Singer or in an old Newsreel. Either way, I have seen her picture numerous times and what is intriguing about her is her eyes. She had these eyes that just pierced you from her black and white photo. She was in two pretty big pictures of the silent era (well, Jazz Singer was one of the first talkies). But, like so many others, she is overshadowed by Mary Pickford, Lillian Gish, and other big stars of that era.

May McAvoy was born September 8, 1899 in New York City, New York. Her family was well off and actually owned a stable where the Waldorf-Astoria hotel now stands.


She made her film debut in 1917 in a film called Hate. She appeared in a few more films before she starred in one of the biggest productions of the silent era, 1925's Ben-Hur with Ramon Novarro.
Her career almost came to an end in 1923 after Cecil B. DeMille stopped her film offers after she refused to do a film that required partial nudity. May eventually bought out her contract and freelanced.

Two years later, in 1927 she appeared with Al Jolson in the part talkie film The Jazz Singer. She did not have a speaking role in that film, but she did speak in a few talkies later on.


There was a rumor that May had quit Hollywood when talkies came about due to a speech impediment, but clearly this was false because she did appear in a handful of talkies. She made her last film in 1957.


May McAvoy passed away on April 26, 1984 of a heart attack in Los Angeles, California.
She was interred at the Holy Cross Cemetery in Culver City, California.


May was only married once, to the treasurer of United Artists, Maurice Cleary. They were married from 1929 until his death in 1973. They had one son named Patrick. It was Cleary who actually preferred that she not work.