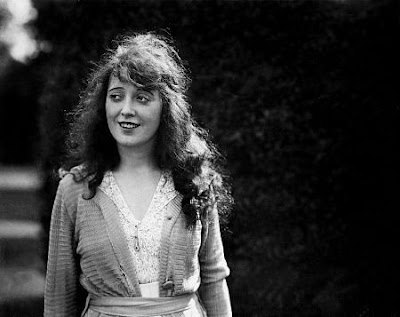 I would love to have been in Miss Mabel Normand's shoes for just like a few days or so. She was so adorable and got to work with some of the greats of the silent era, so she is definitely to be envied. However, poor Mabel slipped into a downward spiral and sadly ended up having a shorter career and life than she should have. Also her involvement in a series of crimes did not help her image in the mind's eye, even if she was not responsible for either crime. 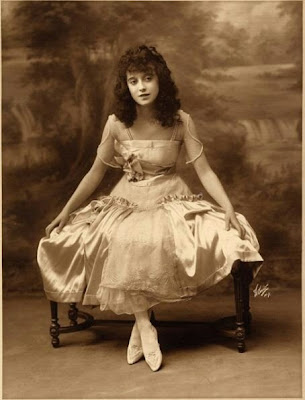 Mabel Normand was born Mabel Ethelreid Normand on November 9, 1892 in New Brighton, Staten Island, New York. She was born into extreme poverty and had to begin working at a young age in order to help support herself and her family.

She began how most actresses did at that time, by working as an artist's model. Most notably, she posed for Charles Dana Gibson, the man behind the Gibson Girl image.

In 1909, she met director Mack Sennett and began an affair with him. She was only 16 years old. A few years later in 1912, he took Mabel with him to California to help him at his new studio, Keystone. She first appeared in film as one of Sennett's Bathing Beauties, but she soon realized that she had a special knack for comedy. 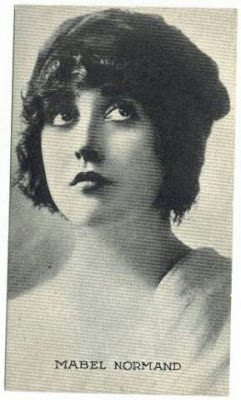 In 1918, her relationship with Sennett came to an end. She left Keystone and signed with Samuel Goldwyn and opened her own film studio.

This was a time when Mabel also found other hobbies besides acting to occupy her time. She began to read a lot more and accumulate a fair amount of books for her collection. It was through her interest of books that she met director William Desmond Taylor. The two developed a close friendship, and whether or not it turned romantic is unknown.

Taylor was found murdered in his home on February 1, 1922. Mabel had just left his house minutes before police believe he was shot. She was questioned by the police, but was never a serious suspect. Even though the police didn't believe Mabel had anything to do with Taylor's murder, the media began drawing their own conclusions. They began painting her in a bad light, talking about her drug use, her friendship with Roscoe Arbuckle, who had just recently gone to trial for being accused of
rape and murder, and now her relationship with Taylor.

In 1924, her chauffeur Joe Kelly shot and wounded Courtland S. Dines, an amateur golfer and millionaire. The pistol that Kelly used belonged to Mabel. Dines had been romantically involved with a friend of Mabel's, Edna Purviance.


In 1926, she signed with Hal Roach Studios and continued to make movies. Even though the public had negative opinions about her, her film friends stuck by her.

Mabel only married once, to fellow actor Lew Cody. By this time, her health was already declining. She was finally admitted to a sanitarium, and died there on February 23, 1930 of tuberculosis.


She was interred at Calvary Cemetery in Los Angeles.

"Say anything you like, but don't say I love to work. That sounds like Mary Pickford, the prissy bitch." ~ Mabel Normand

** 10/23/10 ** In the 1920 Census, Mabel is listed under employment as "actress-star" and "silent drama." That is kinda funny since she was the silent film comedy queen. It also lists that she lived with a nurse with the last name of Brent. I am not sure when Mabel contracted TB and if that was a cause or what.

Also interesting to see on this particular record was that one of Mabel's neighbors was actress Ethel Storey who lived nearby with her mother Minnie.
Posted by Jessica Wahl at 12:06 PM