Now, for the woman I am uber-jealous of. Dorothy Sebastian. She had an affair with Buster Keaton...SO jealous!!!! I can't hate her for it though. She was a funny lady, ever see the film Spite Marriage? It's great! It's very funny and Dorothy holds her own very well next to Buster. Also, her film, Our Dancing Daughters with fellow flappers Joan Crawford and Anita Page was great as well. I wish (like so many other silent ladies and gentlemen) that she would be remembered more because she was a lovely lady.

Dorothy Sebastian was born Dorothy Stella Sabiston April 26, 1903 in Birmingham, Alabama. Her parents were Lawrence and Stella Sabiston. She had two sisters, Elizabeth and Mary. And one brother, Robert (Sister Mary died in 1938 due to injuries sustained in a fire. Brother Robert was killed during WWI).

She loved to dance growing up and was aiming for stardom in the entertainment field. But, like most parents, hers did not approve of her goals. So, she ran away at age 15 and went to New York.

It has been reported that Dorothy was a Ziegfeld Girl after pictures of her taken by Ziegfeld photographer, Alfred Cheney Johnston came to light. She may or may not have been in the Follies, but she was in George White's Scandals in 1924. One of her fellow ensemble members was Louise Brooks. 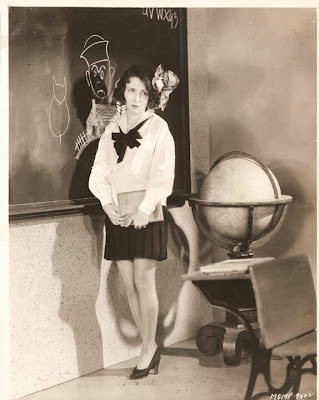 She soon made her way to Hollywood and signed with MGM. She appeared in two films with pals Anita Page and Joan Crawford, Our Dancing Daughters and Our Blushing Brides.

Soon after, Dorothy went into retirement from films. She returned in 1935, but found that her parts got smaller and smaller. 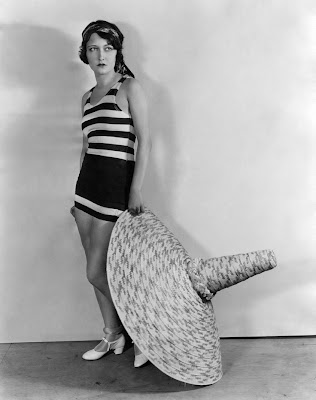 She was interred at Holy Cross Cemetery in Culver City, California.

Dorothy was married three times, first to Al Stafford in 1920. It has been rumored that the two had a daughter together, but this has never been confirmed. The couple divorced in 1924. Her second marriage was to actor William Boyd in 1930. They eloped to Las Vegas and the marriage was actually the reason for her early retirement. But, the marriage, like the retirement didn't last, and the couple divorced in 1936. Her third and final marriage was to Herman Shapiro in 1946. Dorothy and Shapiro remained married until her death.

The Sebastian/Keaton affair lasted for quite a few years (Again. Jealous). Buster was in the midst of a rough marriage to Natale Talmadge (*hiss*) and he fell for Dorothy because she was the complete opposite of his nagging, frigid wife. One of the best stories about the affair was when Dorothy discovered that Buster was taking a trip to Florida with another woman. So, she followed and booked the room next to them. She proceeded to make as much noise as she possibly could, banging pots and pans, banging on the walls...anything to bother the couple. It wasn't until he returned to Hollywood that he found out who in fact the noisy neighbor was. He wasn't mad, in fact, he loved it and liked her even more! The two became even closer until Buster met his third and final wife, Eleanor Norris. Instead of just breaking up with her and hurting her feelings, he and Eleanor decided instead to set her up with another man. Apparently it worked...but must not have been for too long because nothing ever came of the relationship.

The sad part about their relationship was that by the time Dorothy died, Buster had completely forgotten about her, even though she only lived a few miles away (I don't think this is entirely true...I don't think he could just forget about her. I think it was just that they drifted apart like people do).


In 1938, Dorothy was arrested for drunk driving. She had just left Buster's house and was busted by the police. She was fined $75 and a 30 day suspended jail sentence.

Dorothy was known around Hollywood for not being able to handle her alcohol very well...and for that matter, Buster couldn't either. But, Dorothy earned the nicknames "Slam Bang Sebastian," "Slambastian," or just "Slam." 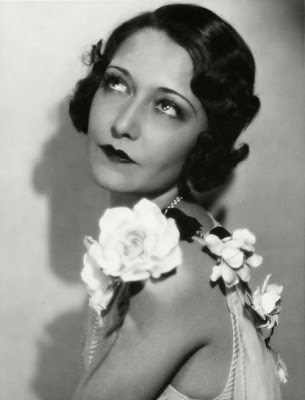 "I absolutely refuse to be disappointed in anything. It hurts too much. Instead, I get prepared ahead of time and so am ready to meet whatever comes." ~ Dorothy Sebastian
Posted by Jessica Wahl at 12:25 PM