I am so geeked that these Bathing Beauties entries are gaining a lot of interest! Your readiness to read these are making me want to crank them out faster!

And, please, if you have more information on these ladies, don't hesitate to let me know! 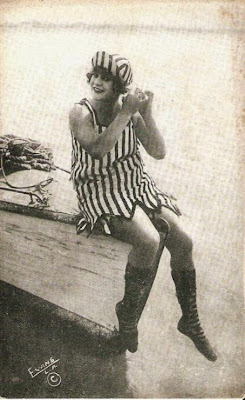 Gonda Durand was born on July 28, 1896 in Louisville, Kentucky. I don't know much about her other than her career lasted about two years with 24 films playing minor roles as a Bathing Beauty. Around 1917, she married actor Bob Kortman (known for appearing alongside William S. Hart) and they were still married as of 1930, but not sure what happened after that. Gonda passed away on August 16, 1960 in San Bernardino, California. Unfortunately, I don't know where she is buried. 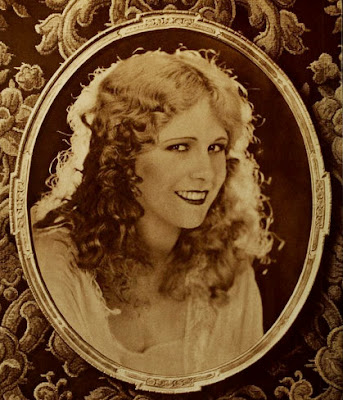 Betty Francisco was born Elizabeth Bartman on September 26, 1900 in Little Rock, Arkansas. She was the second daughter born to Mary Isabell Francisco and I believe her father's name was John Bartman, who worked as a cooper. She had an older sister Marguerite and four years later had a younger sister, Evelyn. The girls later adopted mother Mary's maiden name as their stage name.

Betty usually isn't mentioned as being a Bathing Beauty because she was more well known in Hollywood for appearing in dramatic films. However, I am including her in this because she did pose for Bathing Beauty pictures in magazines and did appear in one film, 1929's Long Pants with Harry Langdon as said character. She was named a WAMPAS Baby Star in 1923 and was also reportedly a Ziegfeld Follies girl, but I can't find any more information on that.
In 1930 she married a man named Fred Spradling, but I am not sure how long they were married. When she passed away on November 25, 1950 in El Cerrito, California, she was interred at Forest Lawn in Glendale under the name "Elizabeth Spradling." Fred's husband is not included on the niche marker, but she does share the same niche as her mother and older sister. 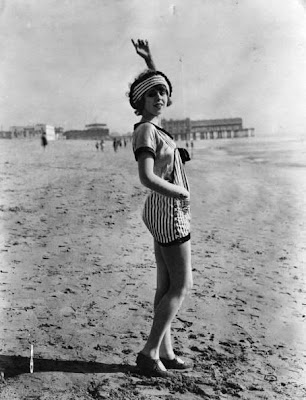 Evelyn Francisco was born Evelyn Bartman on August 13, 1904 in Little Rock, Arkansas. Evelyn's older sister Betty was already working in Hollywood and introduced her younger sister to a casting director one day and BAM! Evelyn was in the movies! Eldest sister Marguerite acted very briefly, having only one movie credit to her name.
Evelyn's career lasted about six years with about 26 films, mostly in light comedies as a Bathing Beauty.

Evelyn passed away on January 27, 1963 in Corona, California. She was interred at Forest Lawn in Glendale under the name "Evelyn B. Stearns" in the Stearns family niche. Judging only by this, I believe her second husband to have been Francis A. Stearns. Her first husband was a man named Samuel Bernheim, but I am not sure of the actual wedding date. The couple remained married until Bernheim's death in 1934. 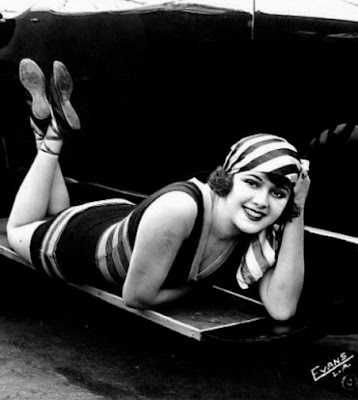 Myrtle Lind was born Myrtle Seltmann on September 2, 1898 in Mankato, Minnesota. All I can find about her family history is that her mother's name was Elizabeth Seltmann and that Myrtle was probably the only child. Unfortunately, I cannot find any information on her father's identity.
Myrtle's Hollywood career lasted from 1919 until 1922, appearing in around 30 films. Most of her roles consisted of being a Bathing Beauty-esque character with a few "Wife" roles thrown in.
She was reportedly married twice, first to a broker named Frank A. Gessell. Myrtle and Gessell were only married for a few months when she discovered that he was carrying on an affair with his first wife. She promptly filed for divorce. There is a floating rumor that she was at one time married to Jean P. Getty but that the marriage was annulled around 1917. Their names were linked together around that time, but there is also reports that the Myrtle Lind in question was just another woman with the same name.
Our Myrtle Lind passed away on October 12, 1993. I unfortunately don't know where is buried.
Posted by Jessica Wahl at 11:51 AM