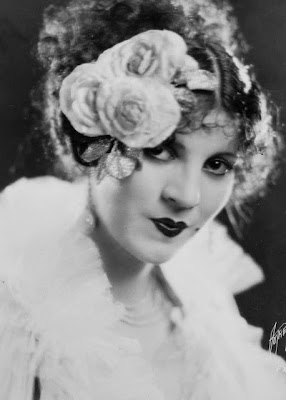 When I first saw Olive Borden's picture on the Silent Ladies and Gents website, I was taken aback. Most of the ladies from that time look like the silent era. Their faces and expressions just look like they belong in the 1910s and 20s. Olive though, her face was one of those that could span throughout the years. Sadly, her career didn't span that long. Her movies, like so many others, aren't readily available. I have seen her in only one, Three Bad Men. She was wonderful. 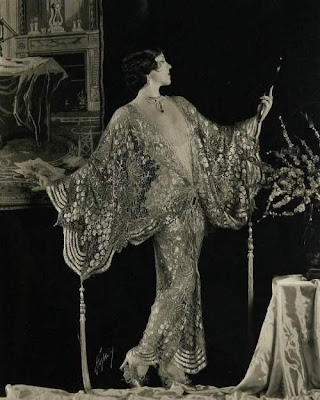 Olive Borden was born July 14, 1906 in Richmond, Virginia. Her father died when she was a baby, so she was raised by her mother, Sibbie in Maryland. It was Olive, not her mother (as it usually is in these cases) that wanted to get into show business.


She began her career as one of Mack Sennett's Bathing Beauties in 1922. She also played the role of a vamp in Hal Roach shorts. In 1925, she was selected to be a WAMPAS Baby Star. (Along with cousin and close friend Natalie Joyce).


In 1927, at the height of her career, she walked out of her contract after the studio cut her salary. (She was accustomed to mansions and limos and the finer things in life). She made a few talkies with other studios, making her last film in 1934. For awhile after, she performed on vaudeville. 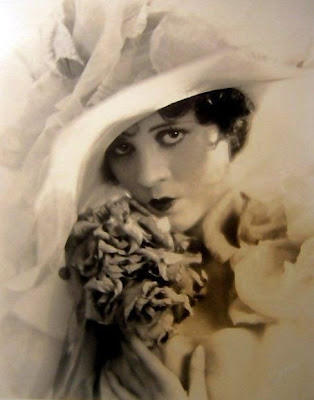 Olive married twice. First to Theodore Spector in 1931. He was arrested the following year for bigamy when it was discovered that he had failed to divorce his first wife before marrying Olive. She had the marriage annulled. In 1934, she married John Moeller. They divorced 7 years later. She never had any children. She also dated actor George O'Brien and producer Paul Bern (Jean Harlow's tragic husband).


Sadly, the rest of her life was not happy. She spent her final years cleaning floors at a home for destitute women in Los Angeles. 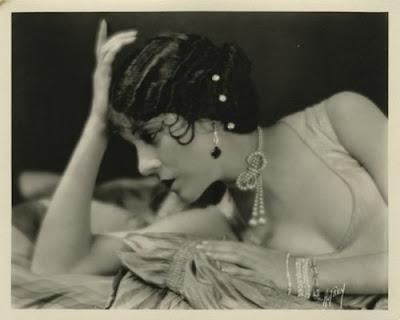 Olive Borden passed away on October 1, 1947 from a stomach ailment and pneumonia. She was only 41.

She was interred at Forest Lawn in Glendale.


Even though Olive is virtually unknown today, she was a big star in her day. She has a star on Hollywood Boulevard for her contribution to Hollywood's film history.


Also...Olive is a distant relative of Lizzie Borden, who was famous for being accused of murdering her father and stepmother with an axe. 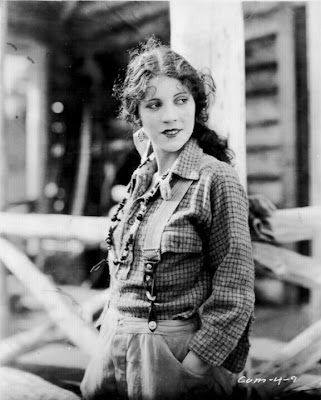 She was nicknamed the "Joy Girl" :)


She always wore a lucky pansy ring on her pinky. It was made out of a stickpin that belonged to her father.


Olive wore a size 2 shoe. She had to have her shoes specially made! 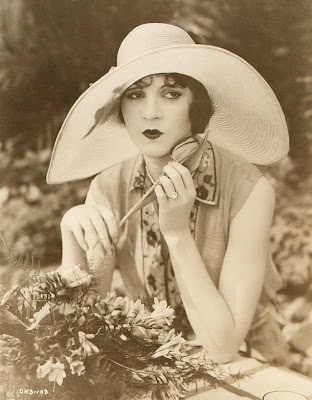 "Almost any girl taken from obscurity and spot-lighted , highly paid and catered to, would go haywire. Precious few have escaped the stage of distorted viewpoint, unless they had very wise management." ~ Olive Borden
Posted by Jessica Wahl at 2:16 PM