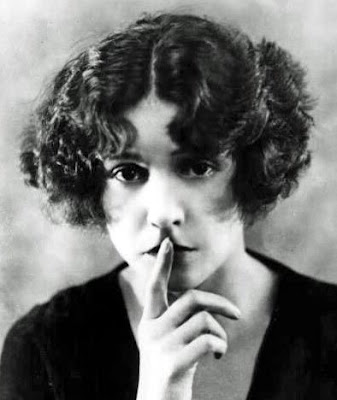 I was going to combine both the Talmadge sisters into one entry, but I figure the girls had two separate careers, separate lives...they deserve two separate entries. I am not including Natalie because frankly, well...I am not a fan of hers.


Norma was a beautiful lady. It's no surprise she was such a big star in the silent era. I wish her films were available so she can be remembered forever. 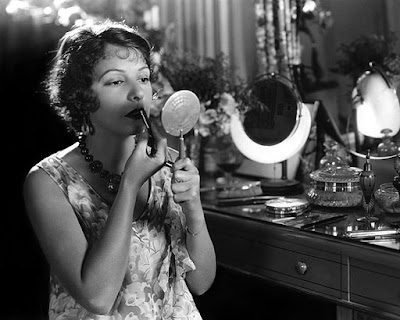 Norma Talmadge was born May 26, 1883 in Jersey City, New Jersey. She was the first born of Fred and Margaret "Peg" Talmadge. She was later joined by sisters Constance and Natalie.


The family was quite poor, and the situation was made even worse when Fred left one day to go to the store, and never came back. Peg had to start taking odd jobs in order to support her daughters. She eventually moved the family to Brooklyn, New York.


Peg heard about a young girl at Norma's school who had gotten a job modeling for a photographer. She immediately found out who and where and pushed Norma to be a model, and then a movie star. She pushed all three girls to be movie stars, even though it wasn't really what they wanted. (Peg joins Jean Harlow's mother as being an uber-stage mother).

Norma made her film debut in 1909 and she appeared in over 100 films between 1911 and 1912. In 1915, the family moved to California where Norma signed with National Pictures Company. The company went bust and she moved to Triangle Film Corporation. She stayed with them for about eight months before her contract expired, and the family moved back to New York.


It was at this time that Norma met producer Joseph Schenck. After two months of dating, they were married on October 20, 1916. Schenck, who Norma called "Daddy" worked along side Peg handling Norma's career. He helped her establish the Norma Talmadge Film Corporation. His plan was to make her the biggest movie star and produce larger than life pictures with larger than life casts. The comic unit of this company was responsible for the Arbuckle, Keaton, and St. John shorts. 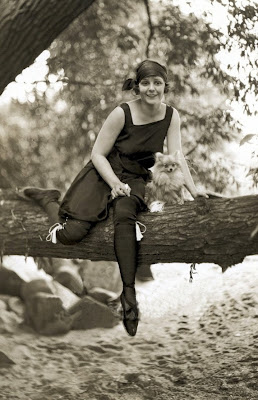 By 1923, according to a picture poll, she was ranked the number one box office draw. In 1926, she starred in the film Camille and fell in love with her leading man Gilbert Roland. She wanted a divorce from Schenck, but he refused. Norma was his moneymaker and he was not about to let her slip away. She ended up separating from both men eventually.

She made one talkie, DuBarry, Woman of Passion in 1930. The film was a failure. Sister Constance told her sister not to worry, that the girls were set for life financially. She was almost 40 and becoming quite bored with movie making in general, so, she bowed out. She wouldn't even sign autographs for fans anymore, telling them, "I don't need you anymore." 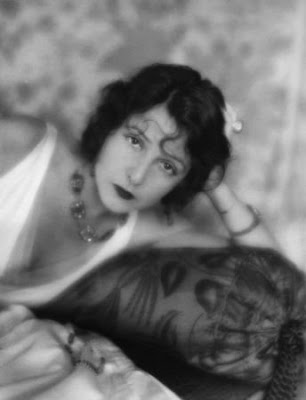 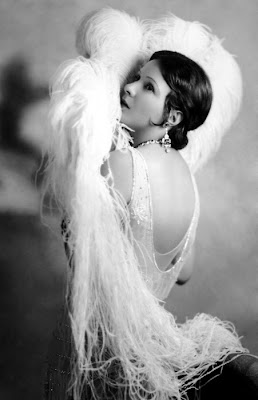 Norma Talmadge passed away on December 24, 1957 of pneumonia. She is interred with her mother, father, and sisters at the Hollywood Forever Cemetery.

You know...it was Norma who started the cement footprint fad at Grauman's Chinese Theater. In 1927, she accidentally stepped in wet cement in front of the theater, and the rest is history!

**11/19/10** While scanning through the 1910 Census Records, I came across the Talmadge family, living in New York. Natalie was 15 at the time and sister Constance was 11. Fred Talmadge was listed as being an advertising agent.
Posted by Jessica Wahl at 5:52 PM