In honor of his recent birthday, I decided to jump start on writing a blog about Roscoe Arbuckle. For the past few years, I have read and read about Roscoe, his career and the circus trial that went on around him, and I have tried to clear people's minds of the mark that has been put on him. Although he was cleared of all charges, the damage had been done in the public eye, and poor Roscoe died too early of a heart attack. What happened to him was wrong, unnecessary and just plain awful. He was a wonderful comedian and seemed like a genuinely good man. I hope he is at peace now and knows that there are people out there that know he was/is completely innocent. 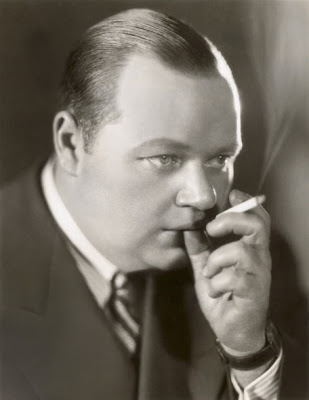 He was born Roscoe Conkling Arbuckle on March 24, 1887 in Smith Center, Kansas. He was the youngest of nine children born to Mollie and William Arbuckle and was reported to have weighed 13 pounds at birth. Since both of his parents were slim in stature, William didn't believe that a baby this big could possibly be his. So, in response, he named the baby after a politician he hated, Roscoe Conkling. Since he was such a large child, Mollie developed health problems, which eventually led to her death 12 years later.


Early on, Roscoe exhibited a great talent for singing, and his mother encouraged him to perform on the stage when he was around 8 years old. After his mother died, his father refused to entertain his son's interest in the theatre, so Roscoe ended up having to get odd jobs to help support himself.

One day at work, he was overheard singing by a man who was a professional singer. He told Roscoe to enter into an amateur talent show. He didn't really wow the audience until he did a somersault into the orchestra pit. He won the talent show and soon after began his vaudeville career.

In 1904, Roscoe was invited by Sid Grauman himself to perform at one of his theaters in Minnesota. A few years later, he went to the West Coast and performed in theaters in California and Oregon.


On August 6, 1908, he married Minta Durfee, a fellow actress. She would play against Roscoe in some of his later films. The two looked like opposites in the way that he was tall and round and she was short and petite.
In July 1909, he made his film debut, a four years later, he began appearing in Keystone shorts. His weight was part of his comedic draw, but he never wanted to be seen as just the fat guy getting stuck in chairs and doors and whatnot. In fact, he was actually quite acrobatic.


Even though he was quite agile, his weight did cause problems for him. Most specifically, a problem with circulation in his legs. He at one point weighed over 300 pounds. To manage his weight, he was prescribed morphine...which...back then, the dangers were not known.

Eventually, the studios were offering artistic and production control over films to be made with actress Mabel Normand. They also offered him a pretty penny. He made many films with Mabel and eventually teamed up with newcomer Buster Keaton. He also worked with Charlie Chaplin in a number of shorts (In fact, the little hat and baggy clothes Chaplin wore for his role as The Tramp were borrowed from Roscoe).


Not only did Roscoe give Buster Keaton his big break on screen, he also helped out Bob Hope. In 1927, he invited Bob to open for him at a comedy show.


Mostly everyone knows, or should know, that Roscoe's nickname (on screen and off) was "Fatty." He hated this nickname, so I don't use it. If people addressed him as Fatty, he would say "I got a name you know!"


And now...the scandal. On September 5, 1921, Roscoe left for San Francisco and checked into the St. Francis Hotel. He and his friends decided to invite some ladies up and have a party. One of the ladies was Virginia Rappe, a struggling actress. Later during the party, Virginia became violently ill. She was delirious and kept saying "Arbuckle did it. He hurt me." She was rushed to the hospital and died one day later of "peritonitis from a ruptured bladder." She was 26 years old. 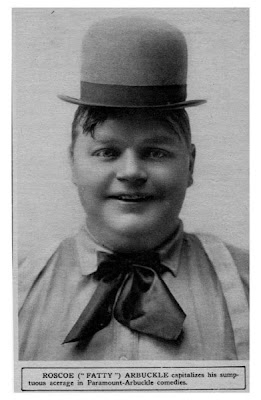 Here's the thing though...she was not this innocent little flower who was raped by this 200+ pound evil man. She was known around Hollywood as a wild girl, the girl who was known for taking off all her clothes when she drank. She slept around as well, and had had a number of abortions. This was truly the cause of her death, a botched abortion. Sometime during the night, perhaps while horsing around with her friends, she suffered a blow to the stomach, which started her internal bleeding.


At the hospital, Virginia's friend Maude Delmont told the doctor that Roscoe had raped Virginia. Eventually, her manager began the rumors of rape with a Coca-Cola or champagne bottle, a piece of ice, or that Roscoe crushed her with his weight. The ice was proven actually to be a remedy for Virginia. Roscoe gave it to her to help ease the pain in her stomach.

The Arbuckle trial was huge in the media's eye. Roscoe was portrayed as being a sex hungry man who preyed on innocent young girls. Women's groups banned together to protest the comedian's films and soon theaters were pulling his films and taking down the movie posters. Buster Keaton made a public statement in defense of his friend.


Maude Delmont was set to be the star witness. But after it came to light that she had a long criminal record and a habit of getting young girls to extort money from rich men, her testimony was thrown out (I don't like to speak ill of the dead...but what an evil bitch).


After Minta Durfee divorced him in 1924, he married Doris Deane in 1925. They divorced in 1928. He married again for the third and final time to Addie MacPhail in 1932 until his death. He again sought comfort in alcohol to help him cope with the aftermath of the trial and the shunning of the public. Friend Buster Keaton helped Roscoe get work by having him help write and direct Keaton's own movies.


Roscoe began to work under the name William B. Goodrich (as in Will Be Good). He directed a few shorts here and there and was signed to direct a feature film for Warner Brothers, but it wasn't to be. He suffered a heart attack later that night, and died in his sleep on June 28, 1933. He was cremated and his ashes were scattered in the Pacific Ocean. 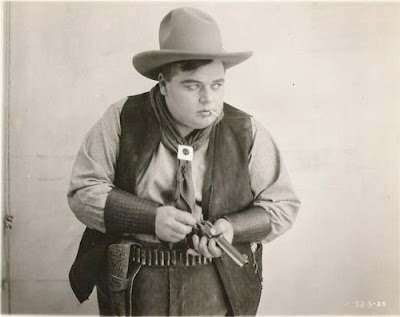 It was quite interesting to read that John Candy, John Belushi, and Chris Farley wanted to play Roscoe in a film, and that all three actors died suddenly. There is supposed to be a film in the works titled Life of the Party with Preston Lacy, from MTV's Jackass (Yeah...I don't know...) as Roscoe and Chris Kattan as Buster Keaton (Yeah...again, I don't know....). But the film has been put off and then set back in motion, so who knows when it will come out.

Roscoe was also the subject of a work of fiction titled "I, Fatty" by Jerry Stahl. I have heard some negative things about the book, but I actually enjoyed it, so pick it up somewhere and judge for yourself!

"I don't believe there is any finer mission on Earth than just to make people laugh." ~ Roscoe Arbuckle
Posted by Jessica Wahl at 11:33 AM