My name is Jessica, and I am addicted to newspaper archives that contain articles about silent movie stars.

There. First step is admitting to the problem. But seriously, it is amazing to read through all these articles, but what is really surprising is how bad the spelling is of the names are! "Mabel Normand" for instance, oy vey.

I wanted to see what I could dig up about the scandal involving the murder of director William Desmond Taylor and boy oh boy, they just doused the papers in this story. It was totally scandalized, but reading it now all these years later makes it perfect! 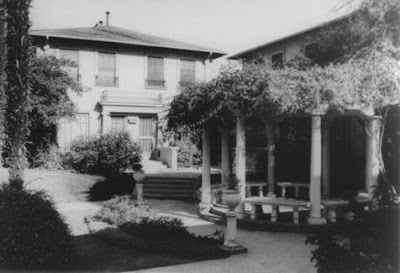 "Conflicting stories were told to the police as to the time of the shooting. According to Douglas McLean, who lives near by, he heard the shot at 9 o'clock. Another report was that the shooting occurred about 2 o'clock in the morning. Miss Edna Purviance, who lives in a house adjoining the Taylor bungalow, returned home about midnight last night and at that time, she said, saw a light burning in Taylor's apartment, but thought nothing of it. Miss Purviance and Miss Normand were talking over the telephone this morning when Taylor's colored servant found the body and shouted 'Murder! Murder!'"
The New York Times February 3, 1922 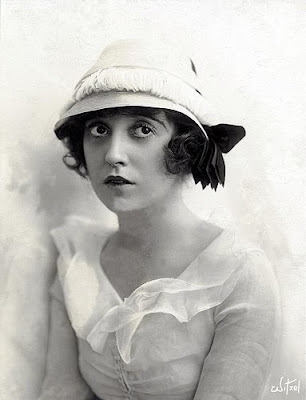 "Miss Mabel Normand was the only one of a number of motion picture actors and actresses subpoenaed who was called to the stand. She testified she called upon Taylor Wednesday night, leaving at 7:45 o'clock or about 15 minutes after the shot was fired...Miss Normand, at the request of the detective re-enacted the scene at the Taylor apartments Wednesday nights when she called there and left shortly before the time the police say the tragedy occurred. Miss Normand said she was in the apartment about forty-five minutes, all the time being passed in the living room where Taylor's body was found the next morning. She pointed out the positions of the various positions of the furniture in the room and indicated that she and Taylor conversed. Taylor walked with her to her automobile and conversed with her chauffeur and herself for a few minutes, she explained, further leaving the front door of his apartment open. His only servant had left about fifteen minutes before, to be gone for the night."
The Troy Sunday Budget February 5, 1922 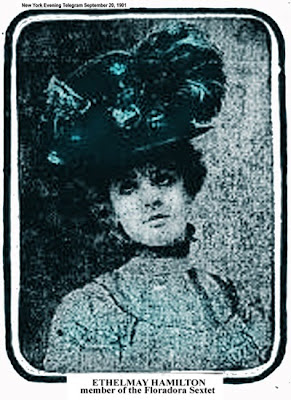 "Mrs. E.L. Robins, former wife of William Desmond Taylor...tonight told of her marriage with the murdered man...She said she could throw no light on the mystery of his death. 'I married in December, 1901. William Cunningham Deane-Tanner of Dublin, Ireland. He disappeared in October 1908. We could assign no reason for his disappearance except possibly amnesia. In 1912 I got a decree of divorce in the state of New York and was awarded the custody of my only child, Ethel Dalsy Deane-Tanner, now 11. In August, 1914, I married Edward C. Robins. Two and a half years ago, I discovered that William Desmond Taylor had been Mr. Deane-Tanner. I have no further statement which possibly could be of interest. The news of Mr. Deane-Tanner's death was a great shock to my daughter and me.'"
The Troy Sunday Budget February 5, 1922 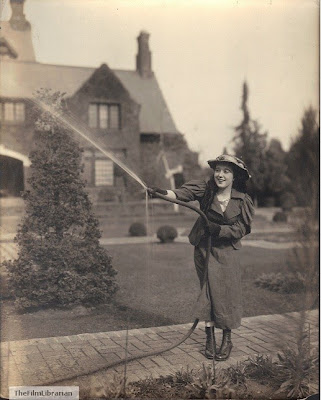 "Detectives have a pale pink nightgown of filmy silk, trimmed with lace, positively identified as belonging to a movie star. It had been in the bungalow. It disappeared the day after the murder. Taylor was shot at a desk containing letters that later disappeared...Pictures and letters from women were found. Letters from Mabel Normand disappeared but were found later...Two theories have been advanced. One is that jealousy over a woman was the motive. The other is that revenge growing out of a former employee's alleged forgeries and thefts inspired the slaying. Robbery was not the motive. Nothing was stolen. No weapon was found at the scene of the crime. All doors were locked when the crime was discovered."
The Pittsburgh Press February 10, 1922

"Two men and a woman whose names are now known to the Los Angeles police murdered William Desmond Taylor, the movie director, according to a statement made to Sheriff Coffin by Harry M. Fields, a prisoner in the Wayne County jail. Sheriff Coffin said Fields told him that he drove the slayers to and from the scene of the murder in an automobile and that he received $900 for the job...On the night of the murder Fields drove the two men and a woman to Taylor's bungalow...The trio went into the bungalow and returned in a few moments, whereupon he drove them away, the prisoner's added, and continued that the plot to kill; Taylor was conceived in a 'hop joint' in Los Angeles. He is quoted by the Sheriff as saying he got the $900 on his return to the 'hop joint,' after the Taylor slaying, with the men and the woman. He did not know the motive for the murder and did not know whether the man or the woman were paid for their part in it."
The New York Times February 23, 1922

"Mary Miles Minter sailed away today to forget. The picture star whose 'I love you, I love you, I love you,' note to William Desmond Taylor, the murdered movie director, brought her name into that mysterious tragedy, sailed for the Orient on the liner Wilhelmina under an assumed name. She was recognized 20 minutes before the ship cleared."
The Pittsburgh Press March 16, 1922

"William Desmond Taylor came into my life when I was 17 years old age. He was the first man to call me 'Miss Minter.' 'How do you do, Miss Minter,' he said to me when first we were introduced, and then he smiled. Always before I had been called Mary and treated like a child."
Providence News August 15, 1923 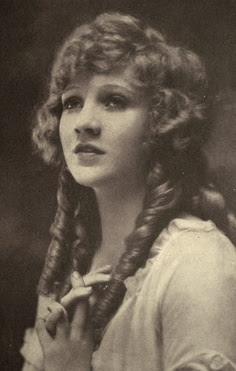 "Miss Minter declared that it was true she had been engaged to Taylor before his death...The affection which soon grew up between the girl in 'teens and the middle aged motion picture director, was the beginning of quarrels between mother and me" the statement continues. On one occasion, says the actress, her mother openly upbraided Taylor because of his attentions to her daughter...'For two days,' she relates, 'I hardly spoke to him, and then I apologized for mother's action.' 'We were never engaged in the sense that he had asked me to marry him and I had promised,' the story stated. 'I had always hoped that some time we would be married.'"
Providence News August 15, 1923

"William Desmond Taylor was an Adonis in the film city, known by many women and loved by a few. Mary Miles Minter, who was a close friend of Taylor, was again questioned...but she could add nothing to the evidence. Mabel Normand, who was with the director a short time before his murder, will be called before the prosecuting attorney upon his return to Los Angeles. But there was little hint of scandal and no proof of it in the life of Taylor....The drug trade was at its height in Hollywood and Taylor fought it at every turn."
Palm Beach Daily News March 24, 1926

"He (former governor, Friend W. Richardson) declined to say whether the suspect is a man or or woman, but Richardson, who made his startling statement in Berkely, declared that murderer was an actress."
The Miami News December 22, 1929 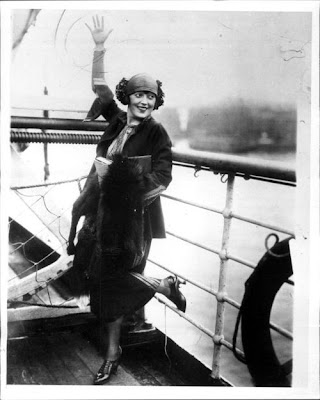 "Mabel Normand, the greatest of all screen comediennes died without realizing the only ambition she had during the last months of her life. She wanted to hear the confession of the person who killed William Desmond Taylor, film director, but when she succumbed to tuberculosis yesterday in the Pottenger Sanitarium at Monrovia, the crime seemed no nearer solution than the day it was committed. As far back as a month before her death she told investigators: 'I hope to God that before I die they find the slayer of William Desmond Taylor. They say they know I didn't do it,' she kept repeating. 'Yet, they always want to question me about it.' When Mabel Normand said that she did not have a chance to recover from tuberculosis."
The Pittsburgh Press February 24, 1930 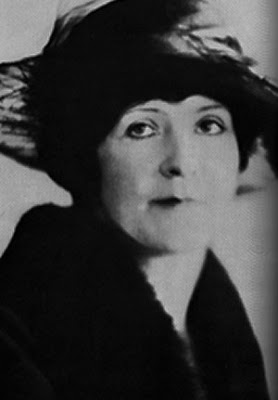 "...The next question the sister (Margaret Shelby) was asked by Attorney Clyde-Murphy was: 'Is it your contention that your mother killed William Desmond Taylor?' 'I don't have to answer that,' was the answer. 'Well, have you stated that to anyone?' she was asked. Her attorney's objections barred an answer."
The Pittsburgh Press May 6, 1937 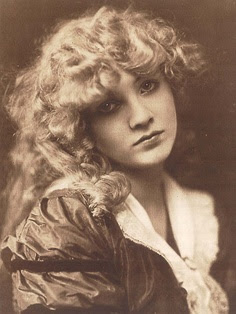 "It was the testimony of Mary Miles Minter, plump 35 year old ex-film star, who was Taylor's sweetheart; Mrs. Margaret Fillmore, her sister, and Mrs. Charlotte Shelby, their mother. The full content of their statements was unknown, since the session was secret. But District Attorney Baron Fitts did say Mrs. Fillmore testified that James Kirkwood, one-time screen hero, had been in love with Miss Minter. 'But Kirkwood isn't implicated in this case,' Fitts said...When Miss Minter was asked if she and Kirkwood went through a mock marriage ceremony in Santa Barbara, when she was 15 years old, she laughed and said, 'Wouldn't you like to know.'"
The Deseret News May 7, 1937

"Two of her [Miss Minter's] diaries, one of which, she said recorded her 'emotions and sensations' after Taylor was slain, also were brought before the grand jury...It was a statement by Mrs. Fillmore about the diaries and another statement about her mother that actuated the sudden resumption of interest in the case. Mrs. Fillmore, estranged from her mother, is suing Mrs. Shelby for $48,000 allegedly taken from her...Mrs. Fillmore testified in the deposition that she went to a safety deposit box and took the two diaries belonging to her sister. 'I did it on purpose,' the deposition said. 'I did it to give her two diaries that were so diabolical and so pathetic they made Mary Astor's diary look like a postscript. I didn't want Mrs. Shelby to publish them against this girl.' Returning from the grand jury room, the mother, Mrs. Shelby, said she had not been questioned about anything Mrs. Fillmore said. She said the jurors asked her if she shot Taylor, or if she knew who did. 'I said no to both questions,' she laughed."
The Deseret News May 7, 1937 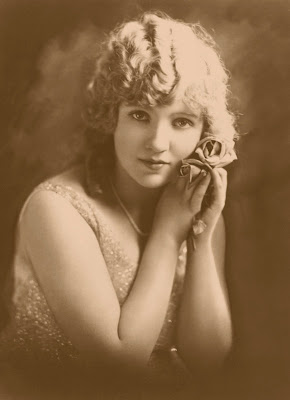 "Police used a fluoroscope today, to hunt for a bullet that Mary Miles Minter was said to have fired into a wall for a joke two years before William Desmond Taylor, the movie director, was murdered. The lead slug, if found, will be compared with the one that was fired into Mr. Taylor's back at his bungalow 15 years ago...Miss Minter, blond star of the silent picture era, was Mr. Taylor's sweetheart. Miss Minter's mother, Mrs. Charlotte Shelby, told of the bullet in the wall at the house where the family once lived...Mrs. Shelby, who was questioned by a grand jury last month about a gun she had about the time of the Taylor killing, announced that she had a theory of her own about the case. 'I believe Mr. Taylor was slain by someone who has never been under investigation-that his death resulted from the fact that he was thwarting the attempt of underworld characters to lead Mabel Normand into the drug habit.'"
The Pittsburgh Press June 13, 1937
Posted by Jessica Wahl at 7:36 PM