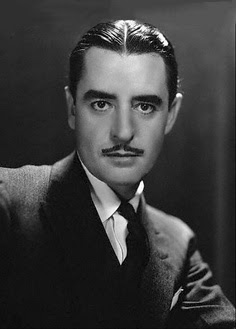 A few days ago I started reading the biography of John Gilbert by his daughter, Leatrice. Although it isn't my favorite book so far because the writing is a little dense and confused, I am still pushing through it because it does have its moments...and it is about John. Reading about his path to stardom and the struggles he endured makes him even more endearing to my heart. What a man. When I was in California this past time I was so exhausted from hiking up and down hills in the heat that after I found his grave, I laid down on the grass by him. I don't remember what I said, but I do remember talking to him. I think I told him it was a beautiful day out and that he had a beautiful view...just talking just to talk I think. I just hope so much that he truly is at peace now. 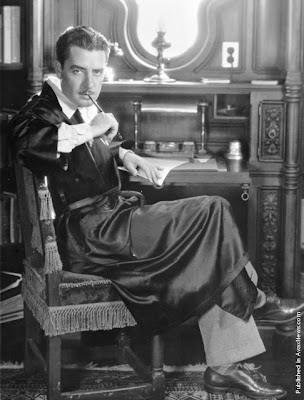 Anyway, I wanted to talk about the ladies in his life because that seems to speak a lot about the personal side of Jack. His most famous relationship was one that was halted at the altar...twice. I am of course talking about Jack and Greta Garbo. I haven't reached that part of the book yet so we shall see what other details I can read about in that regard. The ladies he did manage to meet at the altar were famous in their own right, three gorgeous actresses. However, there was one girl before them who wasn't a famous actress. I think I had read before that he was married four times but just never had read anything about his first wife...until now. 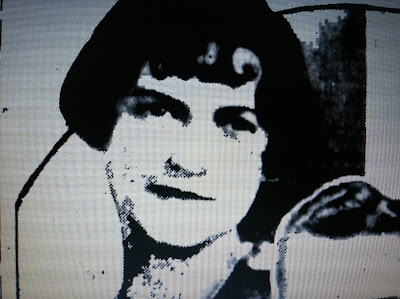 Wife #1: Olivia Burwell. This is the one picture I could find of her. It is from a newspaper article from the 1920s.

John met Olivia around 1918 after he moved into a boardinghouse in California. She lived there with her mother, sister, and her sister's husband. The family was originally from Mississippi but had moved to California because Olivia's brother in law was ill. At first, the family didn't go out of their way to be nice or friendly to Jack. Basically, they did their thing and he did his until one day Jack laughed at a comment Olivia made to her sister and it seemed to break the ice. Soon the couple was going out to the movies and going dances, even though Mrs. Burwell was not too thrilled about her daughter's new beau. 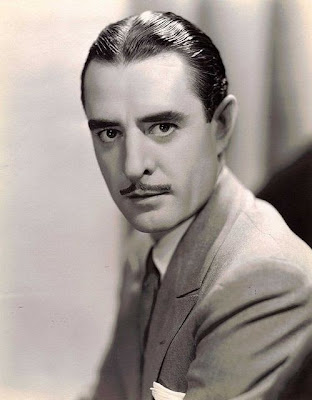 Was this a case of two young lovers swept up in romance? Not so much. Basically the reason they married was because Jack was going to enlist in the army and felt pretty certain he was going to die. He didn't want to die feeling like he was alone and that no one cared about him or remember him. Olivia cared enough because she agreed to marry him in secret on August 26, 1918. They were only married a week when Jack was informed that his services were not needed in the army at this time. Well, that changed everything now didn't it? Instead of becoming a soldier, Jack remained an actor who was struggling to find jobs. The couple moved out of the boardinghouse away from her family into a small bedroom in another house. These close quarters gave the couple a chance to really get to know each other, but unfortunately, all Jack found out was that he and his wife had nothing in common. She didn't like to read, which was something he loved, nor did she care for the movies, which was Jack's business. He jokingly called her his "Mississippi Bubble" but pretty soon it wasn't a joke. 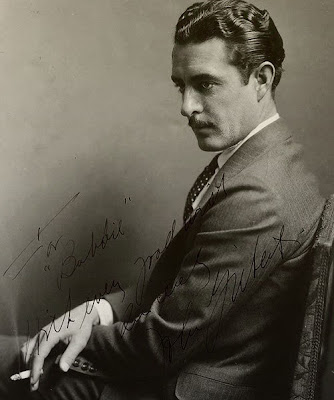 In 1919, Jack sent Olivia back home to Mississippi until he could get more acting jobs in order to support them. Even though they wrote back and forth to each other for a few years, he never asked her to return and they never saw each other again. A few years later, he wrote to her and her mother asking for a formal divorce. His friends and his lawyer told him to tread lightly because he slowly had made a name for himself as an actor and a producer so he had a lot more funny than when he was with Olivia. She did hold out for a bit but eventually everything was settled in 1922. 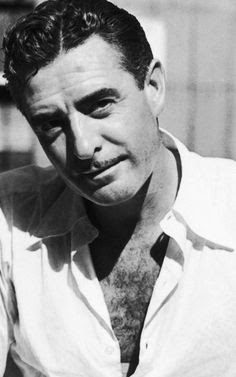 And then that is it pretty much it! Finding info about Olivia is quite hard because not much was written about her. I mean, she was kind of a blip compared to Jack's other high profile romances. What I have found is the couple's marriage record. Jack was 18 at the time he married, but he lied and put he was 21. His bride was 20 years old. Doing a little more research I found another census record that lists some more info about Olivia and her family. They must have been pretty well to do because they had four servants listed. I am assuming after her father died, the family lost money...hence why they had to move into a boardinghouse. Her father was named James and her mother was Nannie. She had an older sister named Esther and a younger brother named James. The census record is from 1920 and from Mississippi, so all I can say is that she was still living in her home state a few years after her divorce. I don't know when she died or if she remarried or what happened to her in general.
Posted by Jessica Wahl at 7:10 PM