When I realized how much longer my entry on John's first wife was, I saw that I was gonna have to split up the entries. After reading Leatrice Gilbert Fountain's book about her father, I figured that there wasn't much more info about Olivia Burwell out there besides what was in the book. I didn't even think about her when I thought of the women in his life. Thank God for census records and my library skills! Still kinda bummed that I couldn't find out what happened to her after her divorce from John. While looking for her grave, I did come across her parent's graves...both in Mississippi (I also found out her father died in 1910). But, no Olivia...other than another woman named Olivia Burwell who died before our Olivia was even born.

Anyway, I am writing these installments in a different order than the dates they were married to John. His second marriage to Leatrice Joy resulted in a daughter and since she wrote the biography about him, there is more info on that marriage, so I am saving that for last. This entry will be about Jack's last two wives, the blonde actresses: Ina Claire and Virginia Bruce.

Jack first met Ina Claire at a party in 1929. Ina was quite a famous stage star before she went to California in 1915 to begin working in pictures. She was seven years older than Jack but she still loved to learn things from him. They only dated for maybe two months before they became engaged. They married on May 9, 1929 in Las Vegas but didn't stay there too long. They stayed overnight and the next day hopped on a plane in order to go back to working on the films they were in the middle of shooting.

These two together was ego overload! A reporter once asked Ina what it was like being married to a great star. Ina's response? "I don't know. Why don't you ask Mr. Gilbert?" But, aside from her quick wit and ego, she was also known for being a "warm and cuddly" person and since Jack had been through two divorces, and a career going up and down, he needed a person like Ina in his life. She came into his life when he was starting working on talkies and she being the one with stage experience wanted to offer him help with his speaking voice. Jack didn't want to hear any negative comments or suggestions from her though. He was used to being the one to tell people how to act and he did not like the tables being turned.

Another crack that appeared in the marriage's facade was caused by the people Ina chose to be seen with. She were friends with a very sophisticated crowd that Jack couldn't get comfortable with. Ina thought his humble origins were "cute" but that only made Jack feel like a little boy to her. It seems the pair's opposite likes and dislikes were becoming a problem and it only took a couple of instances to make them completely disintegrate. First, the stock market crashed in 1929 which effected almost everyone including Jack. Second, Ina decided as a special treat to Jack, she would redecorate his home. This was a no-no even if she had only good intentions in mind. Jack loved his house and designed it all the way he wanted and besides, after the crash, it wasn't like he had money flowing in like rain. An argument resulted over the redecoration and finances which ended up with Ina leaving the house in tears. Friends began to whisper that they were getting divorced because she moved out but the couple kept putting down these rumors by being seen about town together. 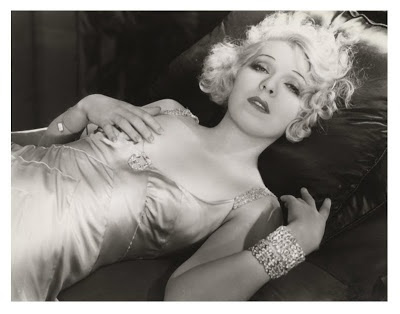 Jack had always liked to drink but with his career being up in the air, he began to drink heavily. She finally had enough and told him she wanted a divorce. Jack had one request though if she did go and file...he told her to leave his half of the marriage money alone. Forty years later, Ina spoke about how hurt she was with the request he made..."Imagine that! I didn't marry him for his money. I said, 'If this is what you think of me, this is what's the matter with us.' I know money means a great deal to him. He thinks I am after his money. I don't want a penny of it." Ina and Jack were officially divorced in 1931.

﻿Jack's fourth and final wife was actress Virginia Bruce. The two first met on the set of the movie Downstairs in 1932. She was quite a beauty and it seems that Jack thought so too because he became smitten with her from the get go. Another hot, quick romance ensued and the two announced their engagement while still filming the picture. They had to wait another two months to get married because his divorce from Ina Claire was not finalized yet. But finally, on August 10, 1932 the two were married on the studio lot with Norma Shearer and Irving Thalberg acting as their witnesses. 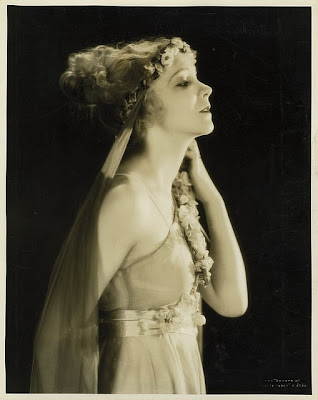 An interesting little tidbit about the beginnings of their marriage was what Virginia's father made Jack do before he agreed to let his daughter marry him. I will let Virginia speak for herself:

"But before that there was all the business about a marriage contract. My father
arranged it, not Jack...In the contract, I was guaranteed to be a virgin - my
father's idea. Jack thought it was hilarious but I think he was also excited about
it. I don't think he'd known many virgins in his life. I know this sounds crazy,
but my father allowed me to spend one night with Jack before we were married
so that he could see for himself that I was a virgin. But he had to promise to
return me to my father in the same pristine condition."

I don't know about you, but if my dad was gonna act like a giant moron about my wedding and get all personal...I would have bitten his head off. But, I think Jack laughing it off helped Virginia not get upset and she just kinda went with the flow. 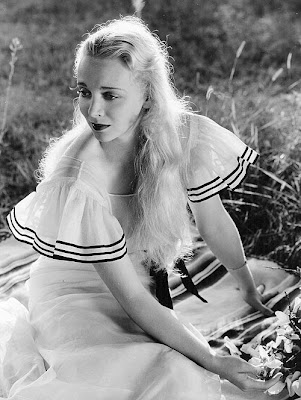 Unfortunately, a few instances happened that turned Jack in a different man than the one Virginia had fallen in love with. First, on September 5, 1932, Jack's good friend, Paul Bern was found dead at the home he shared with his wife Jean Harlow. After his friend's death, all Jack seemed to want to do was work...and drink. Anything to help keep his mind off the loss. Next came the end of his contract with MGM. The termination was not a pleasant one either. On the last day, Jack came to the studio to get his last paycheck and pick up a few things from his dressing room. When he got there, his dressing room was already being remodeled into David Selznick's new office. What a blow. One of third and final blows to Jack was the death of another friend, Renee Adoree on October 5, 1933. Renee had been a frequent costar, friend, and sometimes lover to Jack and her untimely death from tuberculosis devastated him. "It's just devastating that a sweet and decent girl like Renee should be gone at such an age. God knows there are enough bullies and bastards around to fill the graveyards, but they just seem to go on and on while we lose people like Renee and Paul Bern." 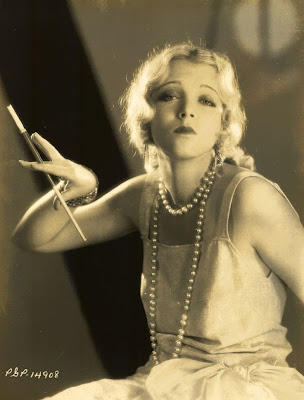 The final straw for Virginia was when Jack appeared in the film Queen Christina with his old flame, Greta Garbo. Virginia moved out and back in with her parents and filed for divorce which became final in 1934. And apparently the two had a daughter named Susan Ann...don't hear much about her do ya? Sadly, Susan passed away in 2004. She must have been pretty hush hush about who her father was because her son said years later that he didn't even know that his grandparents were movie stars. I do wonder why it is some people are very happy to talk about their careers while other refuse to talk about it. Hmmm... 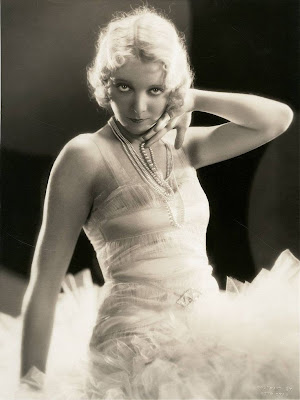