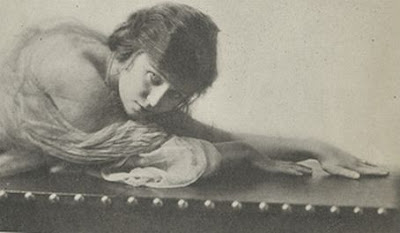 Hello, hello! I have returned. I went to Nashville for the weekend and got back a few days ago. I am actually in the process of moving there, so trying to get my stuff down there and get stuff together here. Ugh, moving is a headache!

Anyway, I wanted to post some more archive tidbits that I found, this time, about Florence La Badie. Some of these are from when she was alive and then some of them were from after she passed away. I tell you what though, these are very cool to read through. You learn a lot about what their lives were live during their time. 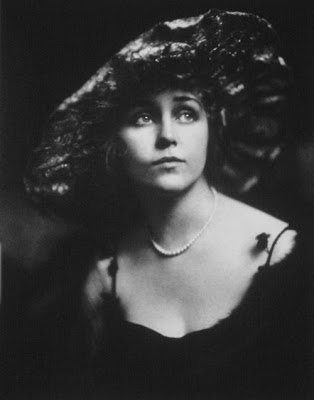 "To know Florence La Badie is to love her, and still her many photoplay friends all over the world love her just because of the winning smile and sweet personality which greet them from the motion picture screen. To my idea of a charming, beautiful, vivacious personality that goes to make a popular photoplay actress, I truly think that Miss La Badie is beyond parallel."
The Toronto Sunday World Mary 29, 1914

"I had been invited to lunch at the beautiful La Badie home on Riverside Drive, and felt at home immediately thru the warm reception tendered by Florence's mother. It is a home to be proud of, and worthy of the fair occupant, who is an only child and not a bit spoiled. We chatted and Flo played on the piano and sang."
The Toronto Sunday World May 29, 1914 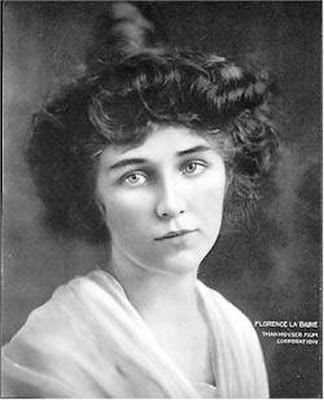 "Then she told me that, while working in a picture one day, she was seated on her horse, waiting to ride in the scene, when the signal was given to start. Then horse ridden by one of the extra men reared in the air, and as its front feet came down, he struck her in the face, breaking three of her teeth and giving her a very swollen lip and bruised jaw as well. 'I think that is about the closest shave I have ever had to being killed,' she said. 'Had I been half a foot nearer I would have been.'"
The Toronto Sunday World May 29, 1914 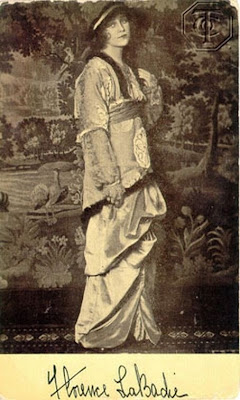 "She was born in Canada and in her early career studied art, painting, sculpture. She had appeared in more than 100 motion picture plays of the Thanhouser, and played the lead in the serial picture, 'The Million Dollar Mystery.' Miss La Badie is survived by her mother. She made her home at the St. Andrew Hotel, Broadway and Seventy-Second Street."
New York Times October 14, 1917

"Miss La Badie was a splendid emotional actress and also a daring athlete. The directors in working with her did not have to spur her on to take chances for the sake of a good scene. Their trouble was in holding her back so that she would not injure herself."
Milwaukee Journal October 17, 1917 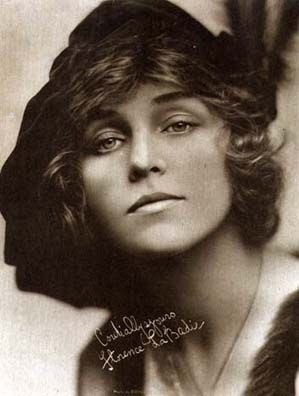