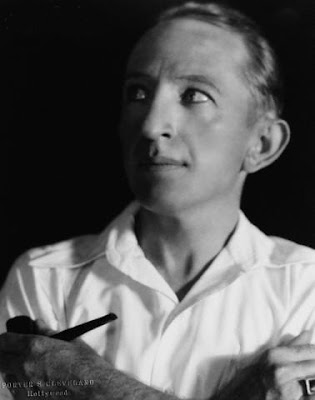 
I do remember that I really enjoyed the film and felt a bit sad at the fact that he didn't keep his star status. At the time, he was as big a name as Keaton, Lloyd, and Chaplin. But poor decisions stopped him from being remembered as one of the great silent comedians. And apparently stopped me from remembering what the hell that movie was!

Larry Semon was born Lawrence Semon in West Point, Mississippi on February 8, 1889. His father was a magician that went by the name of Zora the Great, and his mother was his assistant. He, like Buster Keaton, joined his family's act. (He also had a sister, but I am not sure whether she was older or younger. I don't even know her name)


His father's death put an end to the performing and Larry eventually went back to school. He attended school in Georgia and New York, which is where he found a job working for a newspaper as a cartoonist. On the side, he continued to work on the stage in vaudeville acts, where he caught the eye of a member at Vitagraph Studios. He signed with the company in 1915.


At first, Larry worked behind the scenes as a writer, director, producer, etc. Like many directors/writers, he cast himself in bit parts in some of these films. Eventually, he began starring in comedic shorts usually surrounding him involved in a basic setting but manages to stir things into chaos (Like so many slapstick comedy films). Pretty soon these shorts were turning into one and two reelers.


His biggest downfall was that Larry liked to splurge on his productions. He loved extravagant chase scenes, airplane sequences, fires...anything that made a big noise pretty much. Also, as was recalled later by fellow comedian Oliver Hardy, Larry wouldn't built just everyday painted sets and false fronts. Instead, he would build functioning sets, including a cabin with running water. He really went all out.

In 1925, he directed and appeared in (as the scarecrow) the first major film adaptation of Wizard of Oz. I surprisingly haven't seen this version. Wizard of Oz is my favorite movie, so I definitely have to love Larry for being a part of an adaption of this. I have seen the 1910 version with Bessie Love that is pretty cool though. Sadly, the 1925 version was not well received and it caused more problems for Larry.


Not surprisingly, the heads at Vitagraph were getting fed up with the exorbitant costs of Larry's films and eventually told him that he would have to pay for his own productions. So, with this change, Larry decided to make feature films. This didn't pan out and eventually he was back to making shorts for poverty row studios.


In 1928, Larry had to file for bankruptcy. He tried to get back to his roots in the vaudeville circuit, but he suffered a nervous breakdown and had to be placed in a sanatorium.

Larry Semon passed away on October 8, 1928 of a combination of pneumonia and tuberculosis. He was 39 years old. He was cremated, although the whereabouts of his ashes are unknown.


Larry was married twice. First to actress Lucille Carlilse until 1923. Although there is speculation that the two merely announced their engagement, never married, and then just broke up, but who knows. And secondly to actress Dorothy Dwan from 1925 until his death three years later. He never had any children. It's kinda interesting that his wives were very pretty ladies, and...well...Larry wasn't much of a looker. He was a lil guy! But, good for him all the same!

There is a rumor that Larry didn't actually die in the sanatorium and the he may have faked his death to escape creditors. One reason for this rumor is that his wife Dorothy never got to see his body after he died. Also, there was only a handful of people at the funeral supposedly at Larry's request. Dorothy continued up until her death to be quite confused about the nature of her husband's demise. (It's kind of a long shot...the whole faking death thing. You would think his face would be too recognizable to fake a death. And not letting his wife know? I don't know. There are some things out there that will just be mysteries forever)
Posted by Jessica Wahl at 9:09 AM