I had almost forgotten about Pearl! Not a big deal though considering a lot of people have forgotten about her over the years. I was reminded of her when I was scrolling through TCM's schedule and saw that they were going to show The Perils of Pauline in October, and I got really excited because I have wanted to see that movie for awhile. It is a film about Pearl's life, but I am already thinking it's going to be one of those old Hollywood film adaptations where everything is painted rosey posey and it's fictionalized. But, oh well. Still worth a look I think. I hope it's nothing like that trash can of a movie Harlow. Ugh! I hated that movie!!


Pearl could be seen as the female Buster Keaton because like my man Buster, Pearl did her own stunts! Gotta love and respect her for that! And like Buster, she also let alcohol take control of her life. Unfortunately, it ended up killing her. 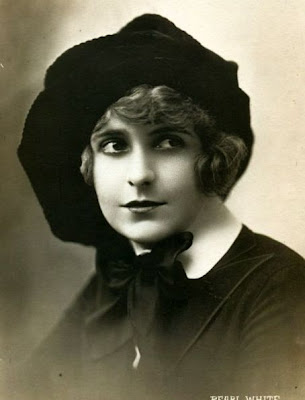 Pearl White was born Pearl Fay White on March 4, 1889 in Green Ridge, Missouri. She was the youngest of 5 children born to Edgar and Inez White. Sadly, Inez White passed away when Pearl was only 3 years old.


While growing up, Pearl had a keen interest in theater, and she made her stage debut at age six playing Little Eva in a production of Uncle Tom's Cabin.


When she was 18 years old, she joined a traveling theater troupe. At first, she only traveled in the evening due to the fact that she needed a paying day job to help put money on the table for her family. Eventually though, she joined a full time traveling troupe which is how she ended up in New York. 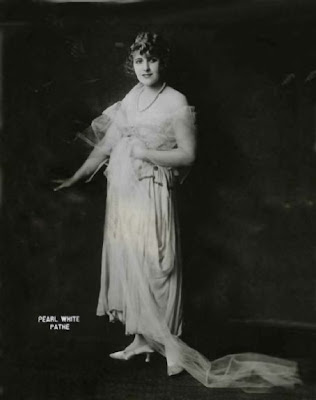 A few months later, she made her way down to South American where she performed as singer in clubs. In 1910 she suffered a setback when her voice began to fail her night after night. As a result, she returned to New York and made her film debut in one reel comedies.


Pearl jumped around from studio to studio until she signed with Crystal Film who gave her top billing in comedies. 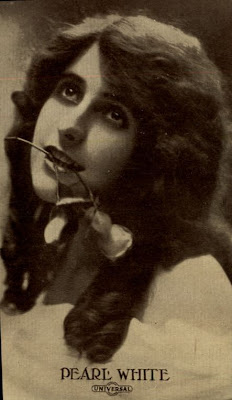 In 1914, Pathe' Studios offered her a starring role in a new serial called The Perils of Pauline. The role of the lead, Pauline, was an adventurous woman who got involved in very action oriented situations, something that Pearl seemed apt to do. The series contained 20 episodes in all and made Pearl White famous. Stunts like airplane stunts, driving fast cars, and other dangerous situations were all performed by her, and she had the injuries to prove it. If the injuries were bad enough, a stunt double stepped in...but only when Pearl was too hurt to continue filming.


While filming Plunder in 1922, her stunt double John Stevenson was killed while attempting a dangerous stunt. A flurry of publicity arose saying that it in fact was Pearl who had been killed in the stunt. A bit of a scandal then came about when it was revealed that it was her stunt double who was killed. The idea of her this woman who was known for these daring stunts using a stunt double upset her fans.


The scandal caused Pearl to experience a breakdown and she ended up moving to Europe. She was a star overseas as well, so she made a few films and appeared on stage in Paris and in London.
Her attempt at making full length features did not go well, and caused Pearl to retire from films in 1923. Her last film, Terror, was released in 1924.


For most of her adult years, Pearl had a taste for alcohol and this taste began to increase overtime, possibly due to injuries she sustained from her films. Sadly, her last few years were spent in a drunken stupor. 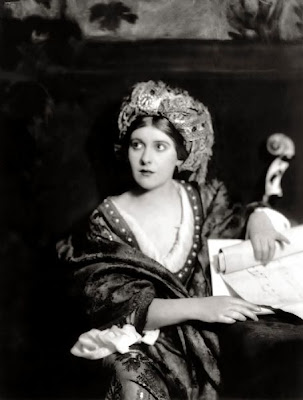 Pearl White passed away on August 4, 1938 in a hospital in Neuilly, France. The cause of death was cirrhosis of the liver caused by chronic alcoholism. She was 49.


She was buried in Cimetiere de Passy in Paris.


Pearl was married twice. First to actor Victor Sutherland from 1907 to 1914. Her second husband was actor and war hero Wallace McCutcheon Jr. The couple married in 1919 and divorced in 1921. McCutcheon suffered after effects of a gassing in while fighting in the war which later led to his mental troubles. This coupled with his broken marriage led him to disappear for awhile, leaving people to believe he had killed himself. He resurfaced in May of 1923. Five years later in 1928, McCutcheon shot himself. In his pockets were filled with pictures and press clippings of Pearl. 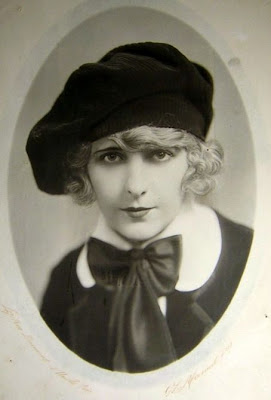 She was famous for having blonde hair, but in real life, she wore a wig. She thought that blonde hair photographed better than her natural brown hair, so she wore a wig in all her films. When she walked on the street, she removed the wig so she wouldn't be recognized and plagued by fans.


Sadly, only about nine reels of The Perils of Pauline are in existence and are stored somewhere in Europe. A likewise serial she made, The Exploits of Elaine is still around and is on the National Film Registry (YAY!!) 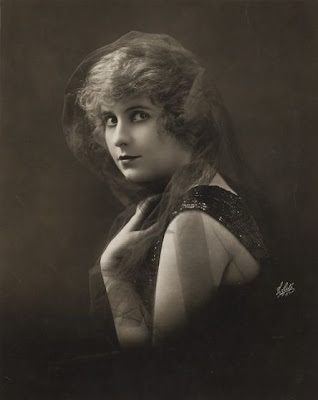 Oddly enough, it is believed that Pearl never set foot in Hollywood, California. All her films were made on the east coast or overseas.


Even though she succumbed to alcoholism, she was actually a very shrewd business woman and was financially comfortable. She had invested in Parisian nightclubs, hotels and casinos. She also owned a stable of thoroughbred horses.


At the time of her death, she was involved with Theodore Cossika, a Greek businessman. The two loved to travel and actually bought a home together in Cairo, Egypt. 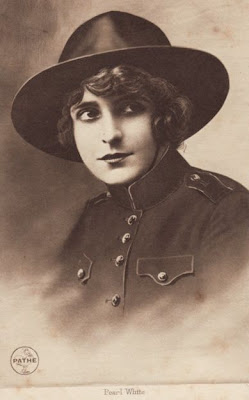 "There is no acting in a serial. You just race through the reels." ~ Pearl White
Posted by Jessica Wahl at 8:12 PM