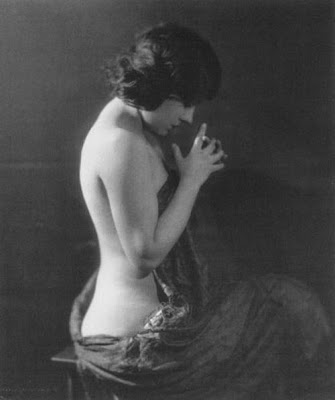 I was watching the documentary Swanson and Valentino the other day, and first off, just have to recommend it. Not only does it focus on these two superstars but the clips that it shows are amazing. For instance, the clips they showed from Valentino's funeral were incredible. You can see Douglas Fairbanks and Mary Pickford walk into the church for the ceremony as well as the honorary pallbearers walking in front of the coffin (which included Fairbanks and Joseph Schenck). The one big surprise was the interview that the documentarians did with Gloria Swanson. I don't know about you, but when I see her, I think of her as being this larger than life diva character like Nazimova or Negri. But, when Gloria talked, she had the sweetest, kindest voice and I loved listening to her talk about her memories of her films. When you hear her talk in Sunset Blvd she speaks like that diva character, but in real life, she was a sweet lady and definitely one of the silent screen greats. 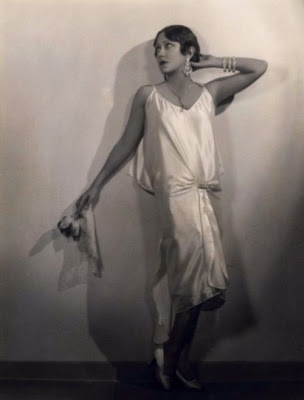 Gloria Swanson was born Gloria May Josephine Swanson on March 27, 1899 in Chicago, Illinois. Her parents were Joseph and Adelaide Swanson. Joseph Swanson was a soldier in the US Army, so as a result, the family ended up moving around a lot during Gloria's childhood.


Unlike most of her fellow actors, Gloria did not intend on going into show business. What got that idea into her head was a chance meeting at a film studio in Chicago. She merely went by to check the Essanay studios with her mother and aunt and was asked to come back and appear in a bit part. 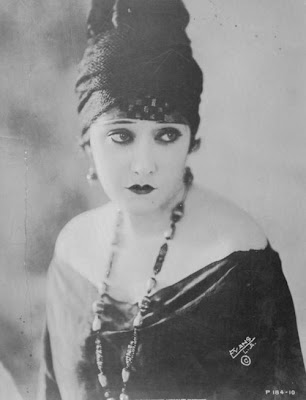 She made her film debut in 1914 in The Song of Soul, but only as an extra. Two years later, in 1916, she moved to California to appear in films for Mack Sennett. Even though her film beginnings were in slapstick, it didn't mean that Gloria liked it. In fact, she hated it and tried her hardest to be uncooperative.


In the film Male and Female Gloria filmed a scene where she laid down next to a lion and it put its paw on her back. This was filmed without any stunt doubles to her urging and against the wishes of all who worked on the film.

Within about two years time, her star was rising higher and higher. She appeared with the screen's leading lover at the time (and her good friend) Rudolph Valentino in 1922's Beyond the Rocks. (This film had been declared lost for awhile, and was rediscovered in 2004. How amazing is that? It really gives you hope for the other films considered lost. The film is really good too, I definitely recommend it).


In 1927, she was asked to join the newly established film company United Artists, which had been formed by Charlie Chaplin, Mary Pickford, Douglas Fairbanks, and D.W. Griffith. She chose not to accept and stayed with Paramount. She had free reign there and wanted to keep it that way.

Gloria did make a smooth transition into talkies, but her career stalled. She instead chose to move to New York and appear on stage, start a clothing line, and have her own television show. 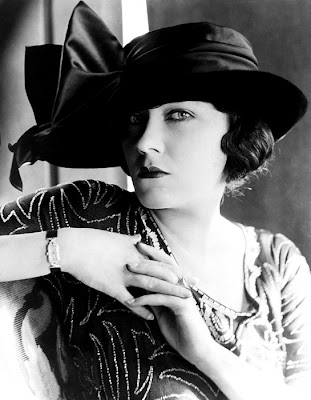 In 1950, Gloria had what a lot of old movie stars wish they could have...a second chance at stardom. Surprisingly, a lot of of former silent film stars (like Mae Murray, Pola Negri, Mary Pickford, Norma Shearer, and Mae West) declined the role of Norma Desmond because they didn't want to play a "has been." Or in the case of Greta Garbo, they just weren't interested at all. Gloria had to submit to a screen test (which she hated) but eventually, she got the part. She was nominated a second time for an Oscar, but lost to Judy Holliday. (Personally, I think they should have given it to Gloria. Yes, Judy did a fantastic job in Born Yesterday and is adorable, but she plays the same characters in a majority of her films. Gloria came back from a film hiatus and nailed it!)


She made a few more films after Sunset Boulevard and still remained involved in the film industry. She wrote articles for magazines and made public appearances. She also penned her autobiography.

Gloria Swanson passed away due to a heart ailment on April 4, 1983.


She was cremated and interred at the Episcopal Church of Heavenly Rest in New York City. And even though her death made headlines that called her "the greatest star of them all," her funeral was attended by family members only.


Oh, where to begin when it comes to Gloria's love life! She was married 6 times! Her first marriage was to actor Wallace Beery. They met while working together for Mack Sennett and eventually married in 1916. The marriage was not a good one, especially considering the fact that Beery got drunk on their wedding night and raped his new bride. She thought things would get better when she found out she was pregnant, but it was not to be. She woke up one morning with a bad stomach, so Beery went to the pharmacy to get her something to ease the pain. Gloria said she remembers waking up later and being told that she had lost her baby. Apparently, whatever Beery retrieved from the pharmacy was some type of poison. They divorced in 1919.

Her second marriage was to Herbert Somborn, president of Equity Pictures. They married shortly after her divorce from Beery in 1919. Apparently it too was not a great marriage from the beginning. Gloria saw Somborn as more of a father figure and companion instead of a husband. They did have a daughter named Gloria (I hate when people do that) in 1920 and later adopted a son Joseph in 1923, during divorce precedings with Somborn.


The third husband was Marquis Le Bailly de la Falaise de la Coudraye (seriously) and they married in 1925. Gloria did conceive his child at one point, but had it aborted, a decision she later regretted. The marriage didn't have any problems at first, until the affairs on both sides started. She had been having an affair with Joseph Kennedy, patriarch of the Kennedy clan, and Coudraye had been seeing actress Constance Bennett, who he would later marry. Gloria and the Marquis divorced in 1931. 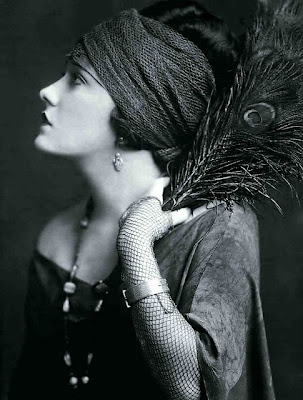 On to husband number four! After her divorce from the Marquis was finalized in 1931, she married Michael Farmer. They had a daughter Michelle in 1932, but divorced two years later in 1934.


Husband number five was William Davey who she married in 1945. Apparently Gloria tried to help him with his increasing drinking problem, he was not having any of it, and just packed up and left. The marriage lasted 45 days.


Her sixth and final marriage was to writer William Dufty in 1976. They remained married until her death. 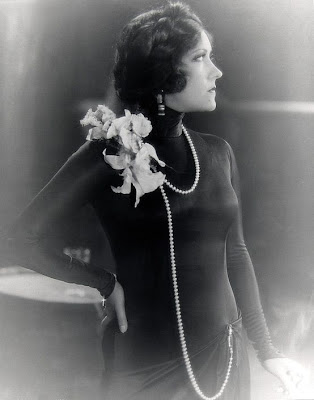 One of her best friends was actress Lois Wilson. She also was once close friends with actress Blanche Sweet, but a guy came between them and a fight erupted, and Gloria never forgave her.


Gloria also had a beautiful singing voice and at one point when she was younger, she considered being an opera singer. 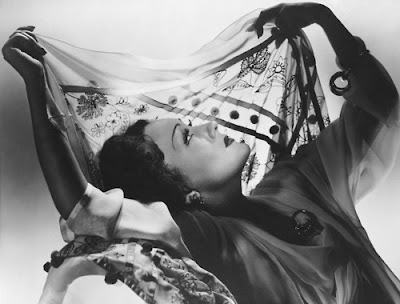 "I have decided that when I am a star, I will be every inch and every moment a star." ~ Gloria Swanson
Posted by Jessica Wahl at 5:17 PM