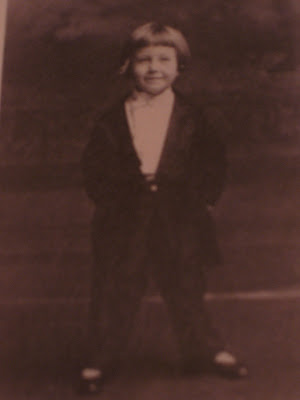 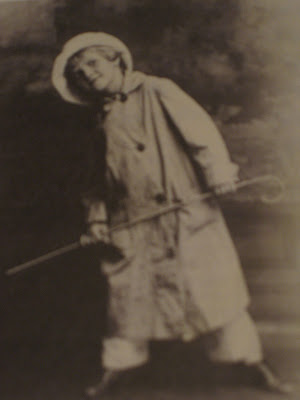 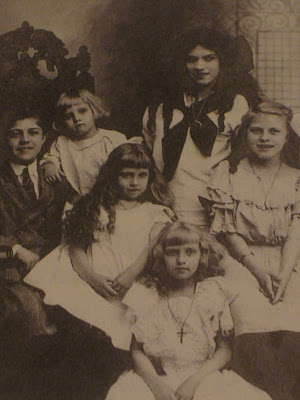 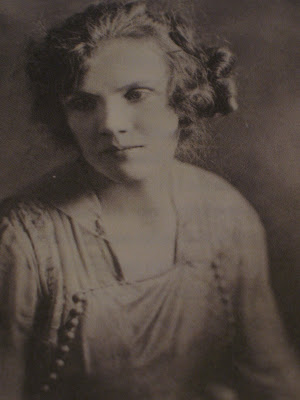 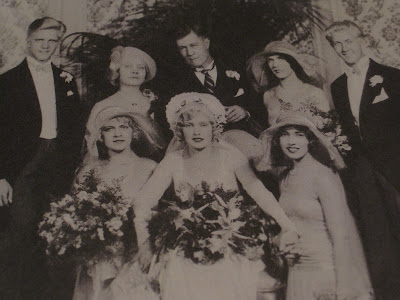 The family all together for Mary's (middle) wedding 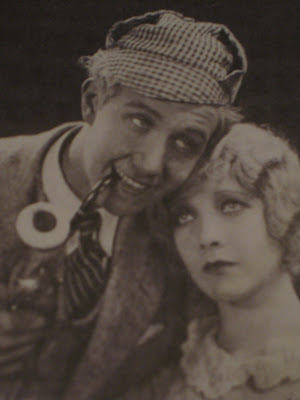 Charlie and a stage co-star

As I have stated before, I love the Eatons. I look up to Doris as an inspiration and I just love reading the stories about their childhood and careers in dancing and acting. I covered the two most prominent siblings, Mary and Doris, but there are seven of them all together! True, not all of them entered into show business, but I still wanted to talk about them here just for a little bit because they deserve to be remembered too. 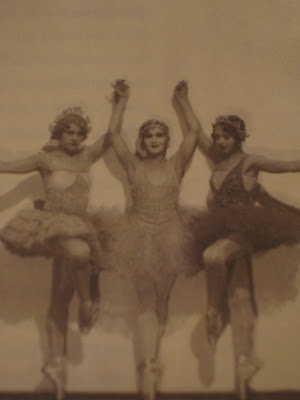 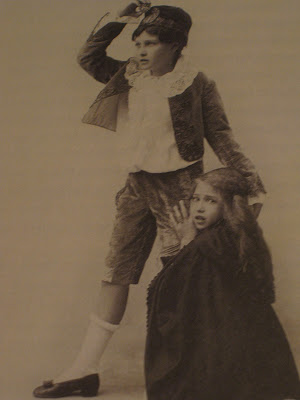 Mary and Doris dressed in costumes for The Blue Bird 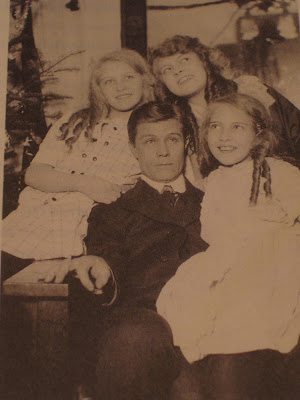 Mary, Pearl, Doris and Daddy Eaton
The eldest Eaton was Evelyn, who was born in 1894. She was not interested in being on stage, but she did want to work behind the scenes helping her brothers and sisters careers. Evelyn was more of a mother figure than a sister because she was the one who took the younger ones to their auditions and rehearsals. She eventually had to leave school in order to do this full time. She loved her family but it did hurt her whenever her mother took Mary, Doris, and Joe out on the road and left her in charge of the household. Unfortunately, all this early responsibility affected the outcome of the rest of her life.
In 1917, she married Bob Mills and they had three children, Edwin, Warren, and Evelynne. She continued to be the stage mother she was used to being with her siblings with her own children, and became quite aggressive at it. In fact, her children actually distanced themselves from her and sadly they all had tragic lives. Evelynne died of a respiratory infection in 1964 and Warren, the youngest, killed himself sometime in the 1970s. Edwin developed a brain tumor and was left a vegetable after surgery was performed to try and remove the tumor. To add insult to injury, Edwin's only son, Riley, died a young age due to drugs and alcohol.
Evelyn was the last person to sign a contract for Florenz Ziegfeld when her daughter won the role in his production of Show Boat in 1932. This fact reached Doris Eaton twenty years after her sister had passed away. Doris said that she wished her sister would have known that when she was alive, because she would have been happy to know that like her siblings, she had also made it with Ziegfeld. Evelyn Eaton passed away in 1980.
"That Eva...what's her name...Le Galliene kept intruding on Edwin's lines, and so I told him just to stop speaking when she started and wait quietly until she stopped and then go back and continue with his lines. And he did that to perfection, and it shut that bitch up. She didn't step on his lines any more." ~ Evelyn Eaton Mills 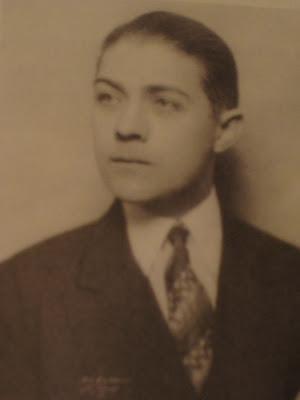 Next was Robert Eaton, born in 1896. He was the only sibling that was not involved in show business whatsoever. Being the oldest son, he went to work selling newspapers in order to help the family earn some extra money. Unfortunately, by age 14, he was staying out late drinking and causing tremendous amounts of stress for his mother and father.

Instead of following his family into show business, he enlisted in the Army during World War I. Like so many others, his experiences in the war left him with post traumatic stress disorder. The one good thing he came back with from Europe was a wife named Jean. The two had a nice life together for awhile and even started their own cleaning service

Sadly, this happiness did not last. Jean wanted a divorce from Robert (I am not sure if it is because of his alcoholism and drug use or if that just got worse because of the divorce). He went into a downward spiral of drinking and drug use and ended up in the hospital with pneumonia and malnutrition. Charlie Eaton volunteered to give blood to his brother but it was too late. He died at age 39. 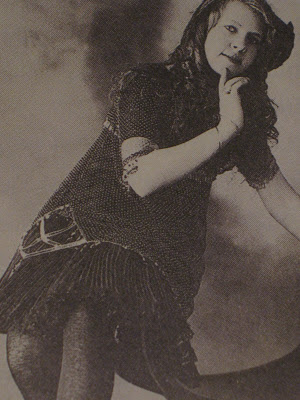 Third in line was Pearl Eaton, born on August 1, 1898. She appeared in productions with Al Jolson and performed at the Winter Garden. Pearl was with the Ziegfeld Follies the longest, 5 years. She also appeared in the Midnight Frolic edition of the show for 3 years. Unlike her two sisters, Pearl was never a star in the Follies and instead helped work with the choreographer. Like her sisters, she also stepped in for Marilyn Miller on an occasion or two. It was also rumored that Florenz Ziegfeld felt she had the best legs in show business. It should also be noted that one of her best friends at the time was Volga Hayworth, mother of actress Rita Hayworth.

She bowed out of performing on stage in 1928 and moved to Los Angeles where she worked as a choreographer for RKO Studios. Like her siblings, she also saw her career begin decline in the 1930s and like her sister Mary, she chose alcohol as a means to help cope. Pearl was married to Harry Levant around 1917 and they had a daughter named Doris (after her aunt Doris Eaton) but they called her "Dossie." The couple divorced, and she married again in 1931 to Richard Enderly, who was involved in the oil business. Their marriage ended when he died of a heart attack in 1952.
Pearl Eaton was found murdered in her apartment on September 10, 1958. She had been beaten repeatedly on her head and was lying naked in a pool of blood. Unfortunately, her murder has never been solved and there were very little leads to go on if any.
"Maybe one day they will refer to Mary as Pearl Eaton's sister. You know it has always been quite the other way around." ~ Pearl Eaton 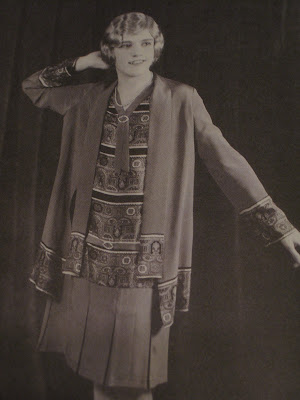 After Pearl there was Mary, then Doris, and then Joseph Eaton who was born in 1905. He began appearing on stage at 5 years old and most of the time was involved with productions that also included at least one of his siblings. He appeared in the 1921 edition of the Ziegfeld Follies when he replaced his younger brother Charlie. He went to college and also worked at RKO Studios for a time. He then enlisted in the Army and fought in World War II, and when he got out he worked with sister Doris for the Arthur Murray Dance Studio. Joseph Eaton passed away in 1998. He was married to his wife Lucille for 50 years and they had two children. 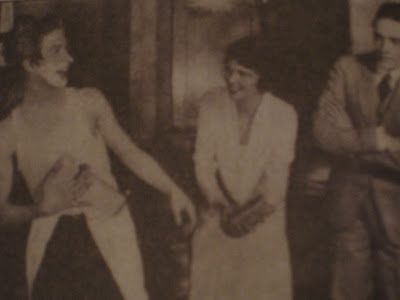 Charlie Eaton (left) in an early stage production of the Andy Hardy character
The youngest sibling was Charles Eaton who was born on June 22, 1910. He appeared in one edition of the Ziegfeld Follies in 1921. He then went on to star opposite of W.C. Fields and Ethel Barrymore on stage. Like his sisters, he appeared in a few films throughout the 1920s before his career slowed down at the beginning of the 1930s. The alcoholism curse caught up with him too, but thankfully Charlie pulled through and went on to serve in World War II. He also worked alongside sister Doris for the Arthur Murray Dance Studio and even appeared on stage off and on. Charles Eaton passed away on August 15, 2004 at age 94.

** Most of the information and pictures come from the book The Days We Danced by Doris Eaton. There is so much more to read about this wonderful family in this book and I highly recommend it. Don't let Doris' death be the death of the Seven Little Eatons.
**11/22/10** According to the 1920 Census Records, the Eatons were living in New York where their father, Charles worked as an operator in a factory. Mary was 18 and working on the stage already, while Doris was 16 and listed as working as a clerk in a government office. Their next door neighbors were sister Evelyn and her husband Robert Mills who worked as an insurance salesman. They had a 1 year old son at the time named Robert.
Posted by Jessica Wahl at 12:29 PM