I must apologize once again for my absence. I am back though, yay! I am still working on researching child stars of the silent era, grave hunting (I have been trying to do this at least once during the weekend), and I also promise to respond to comments left on various posts. Just a reminder that I do read ALL comments that come in, I just have to manually allow them to be posted...and then respond. This helps weed out any spam or negative comments. I will get to them soon, promise! So, look forward to more grave photos, more birthday posts, and more entries.

Let us begin with another pair of sisters who began acting in silent films when they were just wee little ones: Violet and Claire Mersereau. 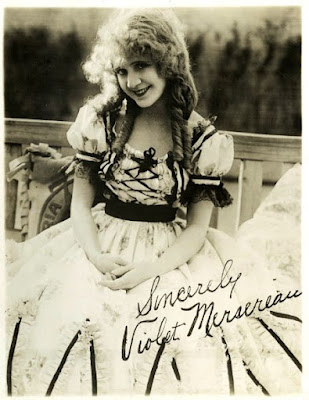 Violet Elaine Mersereau was born on October 2, 1892 in New York City. She was the second child born to Harry and Ada McDermott Mersereau. She had an older brother, Harry Jr. and her sister, Claire was born two years later in 1894.

Ada was the daughter of a well known French stage actress and had even toyed with the idea of becoming an actress as well. Instead, she focused on passing along the acting bug to her two young daughters. The girls both began acting in local theatre productions before joining shows that were touring the states and abroad. When Harry Mersereau died around 1900, the girls became the main bread winners for the family.

Violet was quite popular on stage and she earned the nickname "The Child Wonder." However, she was often sent back to school after the season ended while her mother traveled with Claire when she was appearing with a touring production. 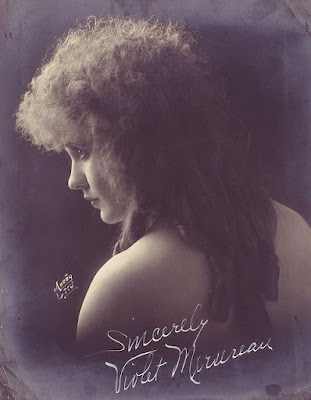 The film industry was just beginning to take off on the East coast, so the Mersereau family was in the right place at the right time. Violet made her screen debut with the Biograph Company in 1908 in a short called The Feud and the Turkey which also featured Robert Harron and Florence Lawrence.

With her young age and her childlike features, Violet was mostly cast in young, ingenue roles ala Lillian Gish. During her career she would work for the Biograph, IMP, and Universal Film Studios. And until 1914, she appeared only in film shorts which was basically the norm at that time. Her first feature film was The Spitfire, starring opposite Carlyle Blackwell.

Eventually, most of the East coast film making crowd had traveled to California to begin making movies out there where the weather was much more predictable. Violet, however, didn't want to go West, she wanted to stay near her home and her family. Carl Laemmle didn't want to lose one his best talents over something as small as geography, so he agreed to open up a studio near her home that would exclusively make pictures for her. Not a bad gig!

In 1926, Violet appeared in her last film, The Wives of the Prophet. Were her childlike looks waning? Was she just tired of acting? I don't know. All I know is that she retired quietly from performing. 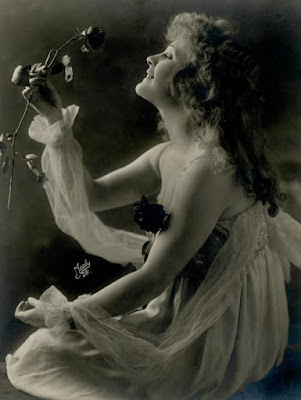 Violet Mersereau passed away on November 12, 1975 in Plymouth, Massachusetts.

She was buried next to her mother at the Ferncliff Cemetery and Mausoleum in Hartsdale, New York.

Violet almost seems to have disappeared after she retired from the screen because I can't find any information on what she did after. I am not even sure if she ever married or had children. I did find a record that said she may have married a man named "Bates" but I couldn't find any supporting evidence of the union. She being buried with her mother (and later her sister) also makes me think that perhaps she never did marry. I just don't know.

Violet had an ongoing feature in Picture-Play magazine where she would answer love letters written by male fans. Maybe this is as close to romance as she got?

According to a magazine article about Violet, Ada Mersereau was more often than not referred to as, "Big Sister" and not as Mother. Oh my... 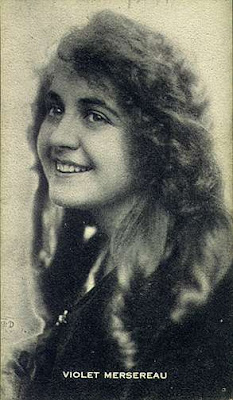 "She has hair like ripe wheat in the sun, and her eyes are warmly, deeply blue. And her smile - it reminds one of the roses and sunlight, and springtime and love's young dream. In it are blended the joys of all time world and the sorrow of one small girl. There's just a hint of wistfulness about her smile that is very fetching." ~~ Motion Picture [talking about Violet],  March 1917

"I think they are marvelous-the pictures. When one stops to think, they are the most wonderful thing in the world." ~~ Violet Mersereau, Motion Picture, November 1915 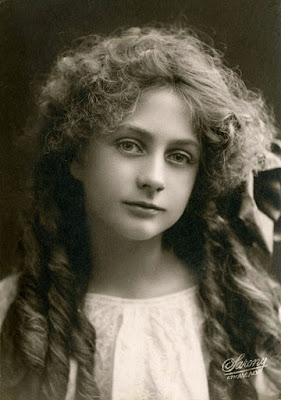 Claire Mersereau was born Clara Miriam Mersereau on September 20, 1894 in New York City. She was the youngest child born to Harry and Ada McDermott Mersereau.

Following in her older sister Violet's footsteps, Claire also began acting in theatre as a child. Claire was fortunate enough to have the opportunity to tour with the great stage actress Maxine Elliott's company in Europe while her sister Violet was sent back to school. The sisters later told film magazines that their mother would switch off which daughter toured and which went to school since she was a widow and could only be responsible for one at a time (they toured with different companies). 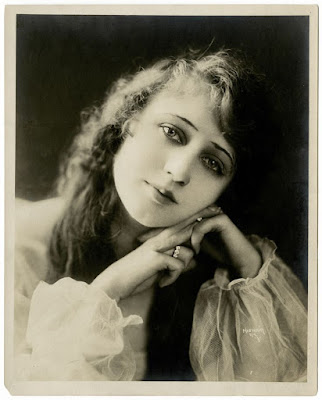 In 1911, Claire made her film debut in a short called Those Jersey Cowpunches. Her first feature was 1915's The Avalanche. (I am not 100% sure of this because her sister is also given credit in the film playing the same character)

Her film career wasn't much to rave about. From 1911 until 1920, she only appeared in nine films. Claire seems to have found more success and enjoyment out of working on stage rather than on film. From newspaper and magazine articles I have found, it appears that Claire was performing on stage before, during, and after her film career, all the way until 1923. One of her best known stage appearances was playing the title role in Pollyanna. 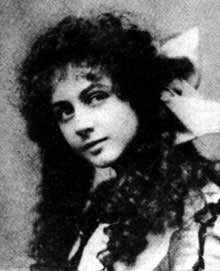 I'm not totally sure, but I believe she was buried alongside her mother and sister in Ferncliff Cemetery and Mausoleum in Hartsdale, New York. The only names that appear on the grave marker are Ada and Violet, so I am not positive this is Claire's final resting place.

Also like her sister, I am not sure if Claire ever married. I found somewhere that she might have married a man with the last name of "Krieger," but I wasn't able to confirm anything beyond that.