I was trying to decide who to write about next, so I asked a few of my friends on Facebook. And the Harron family came up. I remember first reading about Bobby Harron online and then picking up a book that mentioned him and his siblings had all died at a young age. Of course, being the Death Hag that I am, this peeked my interest.

There were nine children born to John and Annie Harron, who were both born in Ireland and had moved to New York City. This is the easiest way to break them down: 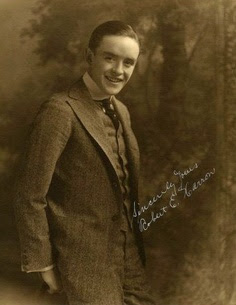 In order to help support his large family, Robert got a job as a messenger boy for Biograph Studios. After only working there a few months, he was noticed by D.W. Griffith and was offered a contract with the studio.

Bobby appeared in a TON of films. I mean he appeared in more films than the number of years he was alive. Double! TRIPLE!

Bobby's name is not one that most people know, but back in the day, he was a popular star! He was young, good looking, charismatic...another Wally Reid, if you will.

He was getting to the point where he was wanting to branch out from the Griffith epics and work for other studios and do other pictures, but sadly it was not meant to be. 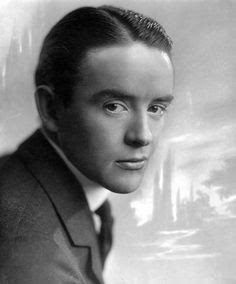 Bobby Harron passed away on September 5, 1920 from a gunshot wound. He was just 27 years old.

And here is where it gets a little tricky...

Did Bobby kill himself intentionally or was it an accident? The accident theory says that while placing his gun back into his pocket it accidentally discharged and shot him in the chest. But, why would you put your finger on the trigger to put the gun away? Could happen, you never know. There was also a story that he had placed the gun in his suitcase and while unpacking it fell on the ground and discharged. Again, kinda hard to believe because that would be one hell of a coincidence.

The suicide theory seems a little more plausible. After his death, there were rumors that Bobby was upset at being passed over for the lead male role in the Griffith film, Way Down East. His family and close friends couldn't believe the suicide story, saying that they didn't think he would ever do that. It was his lifestyle that supported his family and he wouldn't just screw them over like that.

Bobby didn't die immediately from the gunshot wound. In fact, he called the front desk of the hotel and asked if the manager could come up. When the manager arrived, Bobby was up and talking and even joking about the incident. Against Bobby's wishes, an ambulance was called for and he was taken down to it in a chair (he refused a stretcher). While he was at the hospital being worked on, he was put under arrest for having the gun in his possession without a permit. He died four days later. 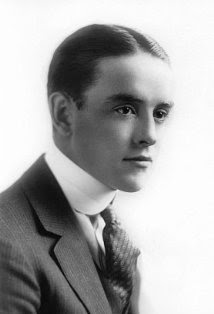 He was buried at the Calvary Cemetery in Woodside, New York along side his siblings Charles, Anna, and Frances.

Bobby was never married nor did he have any children. With all those films in that short span, doesn't seem like he had the time! He did however date Dorothy Gish for a bit. He was also apparently a virgin and never drank. Quite different from the regular Hollywood crowd!

"...His death marked the end of an era. With Bobby's passing, some thread of unity seemed to leave us...We felt that Bobby had brought us luck when he came to us so young and eager... After Bobby's death in 1920, it was never the same again." ~~ cameraman G.W. Bitzer

Anna was the fourth child born into the family, and was nicknamed "Tessie."

Tessie probably appeared an extra in a number of films, mostly her brothers but she only has one credit listed to her name: 1918's Hearts of the World with Bobby and both the Gish sisters.

Lillian Gish wrote later in her autobiography that she remembered Tessie because terrified about the Spanish flu epidemic that was gripping the nation and was trying everything she could to avoid catching it. Unfortunately, her fears came true.

Anna Theresa "Tessie" Harron passed away on November 9, 1918 from the Spanish flu. She was only 22 years old.

She was buried in the Harron family plot at the Calvary Cemetery in New York.

Mary Harron too only had one credit to her name, and it was the same one as her younger sister, Anna, younger brother John, and their mother, Annie.

Edna Harron also appeared as an extra in films, but nothing was credited to her name.

Both sisters have passed away (obviously) but I don't have any info on how or when. 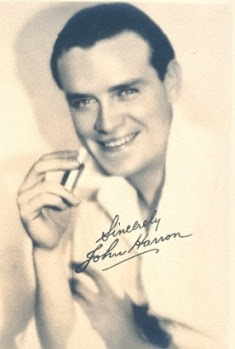 John Harron had a bit part in the "family film" and really enjoyed the experience, so he wanted to appear in more films. But, for some reason, a majority of his film appearances were uncredited. He worked all the way up until the late 1930s.

Like his brother, he appeared in a ton of movies. After shooting the last one, he was exhausted, which is understandable but for some reason, this time felt different. He went to Seattle for some leisure and rest but as soon as he got there, his head was killing him to the point where he felt he needed to go to the hospital. After a few tests, he was diagnosed with spinal meningitis.

John is the only one of his siblings to get married and have children. He married actress Betty Westmore in 1929 and they had a daughter, Colleene the following year. Later, when Colleene got married, she had nine kids of her own...just like her dad's family.

Interestingly enough, after her husband died, Betty Westmore Harron was given the remainder of John's movie contract by Jack Warner. She ended up only appearing as a stand in for other actresses, but it was a nice gesture.

John and Annie Harron outlived quite a few of their children. Sad tale full of so much promise.
Posted by Jessica Wahl at 9:45 PM