Okay, Annette "The Mermaid" Kellerman popped into my head the other day because I was looking at and reading about The Hippodrome that used to be in New York City. That is one place that just sounds like it was the coolest venue ever! A giant swimming tank that could be lowered and raised, I mean, imagine seeing a big show there with girls swimming around?! Oh, way too cool. And way too sad that the building was demolished in the 1930s.

This is the first picture I have seen from inside The Hippodrome. So cool! Although, I would imagine the people in the front rows would need some Gallagher-esque ponchos.

Annette Kellerman was born Annette Marie Sarah Kellerman on July 6, 1886 in Marrickville, New South Wales, Australia. She was born into quite the musical family. Her father Frederick was a violinist, and her mother, Alice was a pianist and a music teacher.

When she was 6 years old, a painful leg ailment caused Annette to get fitted with painful braces. Another rehabilitation therapy that was used to treat the pain was swimming lessons. About six years later, her legs seemed to be  much better and she a couple years later, she was winning swimming contests.

After tasting sweet victory a few times, she decided that she should really take a serious interest in swimming. She began competing more, and subsequently winning more.

When she was just 18 years old, Annette became the first woman to swim the English Channel. She had made previous attempts and through determination and perseverance, she succeeded. 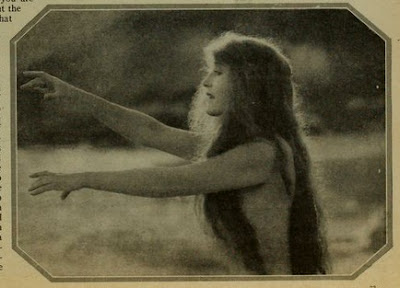 With all this positive attention focused on her, she decided to wanted to use some of her notoriety for a good cause. Annette was a big advocate for a change in women's bathing suits. She was in favor of the less bulky one piece bathing suit, which was considered scandalous at the time. In 1907, she was arrested on a beach in Massachusetts for wearing one of these suits.

Other women seemed to agree with her modern thinking though because she soon created her own line of these one piece bathing suits. Not surprisingly, they were called "Annette Kellermans." 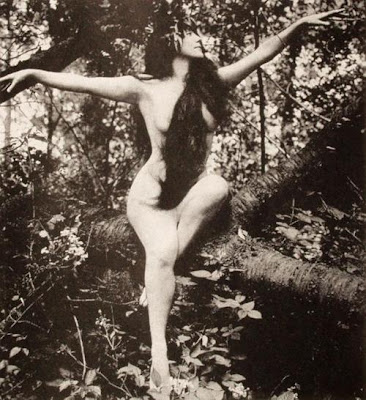 Annette made her film debut in 1909 in the film The Bride of Lammermoor: A Tragedy of Bonnie Scotland. And of course, most, if not all of them, were water themed. She also did a lot of what she called "fairy tale" themed movies, starting with her most well known, 1911's, The Mermaid.

In 1914, Annette became the first major actress to appear nude on film. And unfortunately, this film, A Daughter of the Gods, is among many of her lost films. She was also the first actress to wear a mermaid costume that she could swim in. 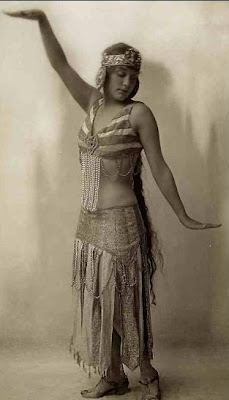 One of the things I love about silent film stars is that most of them did their own stunts, and Annette was one of those stars. She would perform high dives from 90 feet off the ground and sometimes she made these dives into pools of crocodiles!

She made her last film appearance in 1924, in the film Venus of the South Seas. This is actually the only one of her films that exists in a complete form. It is stored at the Library of Congress.

She eventually retired from the movie business, but she didn't stop swimming. She kept on doing this well into old age. 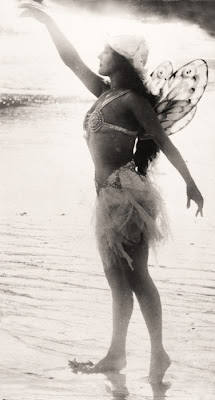 Annette Kellerman passed away on November 5, 1975. She was cremated, and her ashes were spread over the Great Barrier Reef.

Annette was married once, to her manager James Raymond Louis Sullivan in 1912. They remained married until his death in 1972.

If you ever wanna see her costumes and some memorabilia (I know I would!) they are housed at the Sydney Opera House and also at the Powerhouse Museum also in Sydney.

Apparently in 2002 a documentary was made about her called The Original Mermaid. I tried looking and see where and how I could obtain a copy, and it looks like one person actually had to contact the production company out of Australia in order to get a copy. *whew* A lot of work!

In 2010, she had a brand new swimming complex named for her in her hometown. Pretty cool that she is still remembered after all these years! 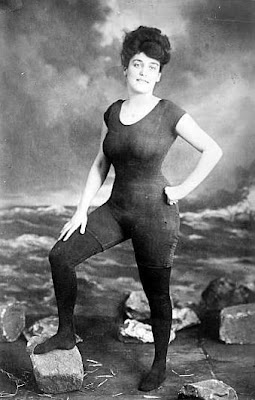 Along with being a swimmer and an actress, Annette was also an author. She wrote numerous books, pamphlets, and articles about swimming, fitness, health, and beauty. She even wrote a children's book called Fairy Tales of the South Seas in 1926. There was also rumors of an autobiography, but it was never published.

In 1908, a Harvard professor named her "The Perfect Woman" out of 3000 selected women. He said her body reminded him of the Venus de Milo.

In February of 1914, she was injured during a performance along with another performer named Robert Brennan. They were swimming in an 8,000 gallon tank in Bermuda when suddenly, the glass tank burst and the water, along with the two swimmers, came rushing out. The injuries sustained were mostly cuts from being swept over broken bits of glass. Ouch!

Her brother, Maurice Kellerman, worked as a cinematographer.

The 1952 film, Million Dollar Mermaid starring Esther Williams was based on Annette's life.

This is a website from the Powerhouse Museum which has some of Annette's costumes and belongings. They look so pristine and beautiful, what a great find for those of us who can't trek on over to Australia! Powerhouse Museum

"I want to swim. And I can't swim wearing more stuff than you hang on a clothe's line." ~~ Annette Kellerman

Annette in her OH SO SCANDALOUS bathing suit!!
Posted by Jessica Wahl at 5:35 PM