We continue to push ahead with these kiddie silent film star siblings! And actually, I think this is the last in that group. I am thinking next will be Helen Badgley...or Frankie Darro...or Yale Boss...or Lillian Wade. Oh, so many to choose from! Anyway, keep an eye out for the next entry which will be sooner rather than later (if I can help it!)

Now, on to not just a brother and sister who acted in silent films, but a whole family! Thanhouser royalty! 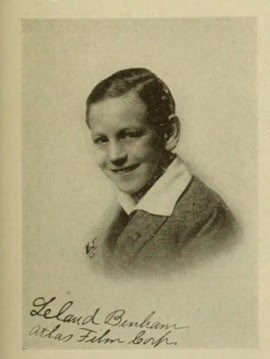 Leland Fairfax Benham was born September 10, 1905 in Boston, Massachusetts. He was the first child born to actors Harry Benham and Ethyle Cooke.

Harry and Ethyle were popular Thanhouser Studio stars who also had past experience on the stage acting and singing and in Ethyle's case, dancing. Judging from interviews the couple gave to movie magazines, I don't think they forced acting upon their children like so many other stage parents. I think because they spent so much of their time together on movie sets that bringing the kids along was just what the family did!

"Yes, we're all actors and we are a happy family...we're like a lot of kids together." ~~ Ethyle Cooke Benham to Motography magazine - September 19, 1914

"Now you see why I left the regular stage. I'm distinctly a family man - my home and family are all the world. In this work I can settle down and enjoy life like any other home-lover." ~~ Harry Benham to Motography magazine - September 19, 1914

Leland made his film debut in the 1912 short Nursie and the Knight, starring Marguerite Snow and James Cruze.

During his career Leland was paired most often with two other child stars, the "Thanhouser Kidlet," Helen Badgley and Marie Eline. He also appeared frequently with Thanhouser actresses Florence La Badie, Mignon Anderson, and Madeline and Marion Fairbanks ("The Fairbanks Twins").


The Benham family shared the screen together a number of times. It was usually Leland or his sister Dorothy who played the child of Harry or Ethyle's character on screen. Leland appeared with his mother in about 20 films! 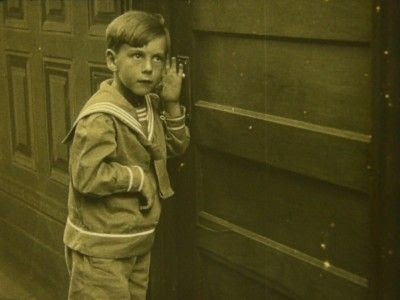 He was quite a popular child star at the time, both in the states and overseas. Leland once received a letter from a young boy in England who said he was a big fan and wanted to come to the U.S. and meet Leland. The boys became pen pals until one day the little boy, who supposedly was the son of an English millionaire, came to the U.S. for a visit and Leland took him around and showed him the sights. Can't imagine something like that happening nowadays with all the crazy stalkers out there. It was a simpler time...

Around 1915, Harry decided to leave Thanhouser Studio and took his family with him. They eventually ended up at Universal Studios, which is where Leland made his final film, 1916's Path of Happiness, with Violet Mersereau.


I don't really know anything about his life after the movies. I don't even know why the Benhams pulled their children out of the business. They did act on the stage for a time, however. Both Harry and Ethlye appeared in films after their children made their silver screen curtain call. Harry appeared in films up until the mid 1920's before going into the clothing business. I do know that Leland did eventually join the army and served in World War II. 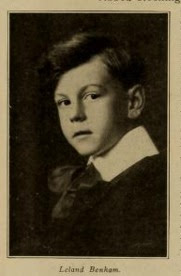 Leland Benham passed away on September 26, 1976 in Boynton Beach, Florida. I do not know where he is buried.

Leland's personal life is a bit mysterious as well. According to records it appears that Leland was married twice. His first marriage was to a woman named Irene Fernback in 1928. The couple had a daughter named Barbara Lillian in 1930. They apparently divorced because in the 1940 census record, Leland is married to a woman named Florence H. Benham. I am not sure how long they were married or if they ever had children. 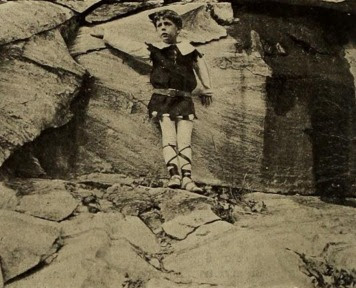 "She's four, Dorothy is, and I'm ten. Dorothy's been in pictures too, but not as much as I, cause I'm older. I've been in since I was six. I was in a picture with daddy first." ~~ Leland Benham in Motography magazine - September 19, 1914 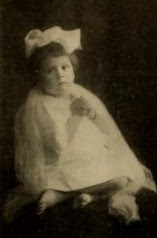 Dorothy Lucille Benham was born on September 6, 1910 in Boston, Massachusetts. She was the youngest child born to Harry Benham and Ethyle Cooke.

She made her film debut in 1912's The Wrecked Taxi, along with both of her parents and actress Florence La Badie. Dorothy it seems was a frequent costar of Florence's.

Like her brother, Dorothy usually accompanied a family member in pictures. In her case, it was her mother who she appeared with in five pictures. Perhaps the reason behind this was because with a simple gesture from her mother, Dorothy could cry on cue. Pretty impressive for a two year old. 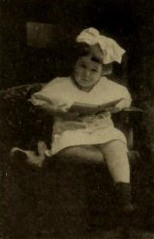 Her career was shorter than her brothers, probably because you can only be a cute toddler for so long. Her last film was 1917's The Weavers of Life, which was also Helen Hayes' screen debut.

Like her brother, I don't really know anything about Dorothy's life after she retired from film making. According to magazine article from 1917, she was acting on the stage with her brother and also volunteered with the Red Cross. She married a farmer by the name of Jack Tutton, but I am not sure of the dates. 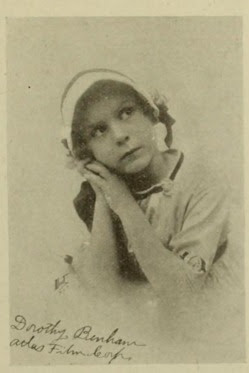 Dorothy Benham passed away on September 9, 1956 of Hodgkin's disease in Watertown, Wisconsin.

She was buried at Hillside Cemetery in Palmyra, Wisconsin.

During an interview with the Benham family by a film magazine, Ethyle and Leland told the interviewer that Dorothy loved mirrors, tea parties, baths, dancing, doorknobs, and of course acting, or "ack-ing" as Dorothy called it.

"She's very proud of herself whenever she works in a picture." ~~ Ethyle Cooke in Motography magazine - September 19, 1914
Posted by Jessica Wahl at 5:09 PM