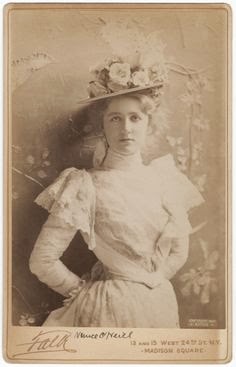 I forget how exactly I came across Nance's name, but I think it was when I was reading about Lizzie Borden.


Keep reading to see the connection between these two ladies! 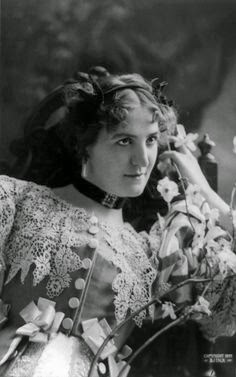 Nance O'Neil was born Gertrude Lamson on October 8, 1874 in Oakland, California. She was the second child born to George, an auctioneer, and his wife, Arre. Her sister, Lillian was born four years earlier.

George Lamson was a very religious man who publicly denounced his daughter's choice to become an actress. I am not sure if they reconciled before his death in 1903, but I am guessing not.

Older sister, Lillian also worked as a stage actress. She was married to actor William Desmond, but I am not sure what year they wed. In 1910, she injured her leg in a fall and was left an invalid. She passed away in 1917, possibly due to her earlier injury. I am not sure why George Lamson had such an issue with his youngest daughter's career choice and didn't seem to have a problem with his eldest daughter acting on stage. 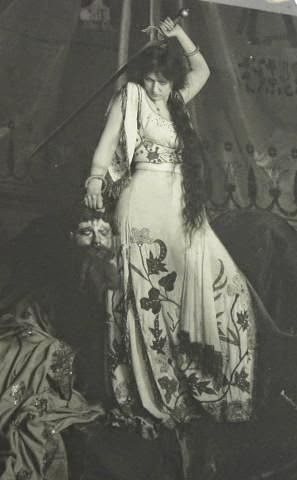 Nance made a big splash on stage and was christened the "American Bernhardt." And it wasn't just in the U.S. where she was a big deal, she also made a name for herself in Australia and Europe. The most notable productions she appeared in include Camille, Hedda Gabler, and Macbeth.

Nance made her film debut in 1913's The Count of Monte Cristo.

Now, at 40 years old, Nance couldn't just swoop in to the budding industry and become competition for Mary Pickford or Theda Bara, but her film career was nothing to sneer at. She actually appeared in some pretty noteworthy films:


Her final film appearance was in 1932's False Faces. 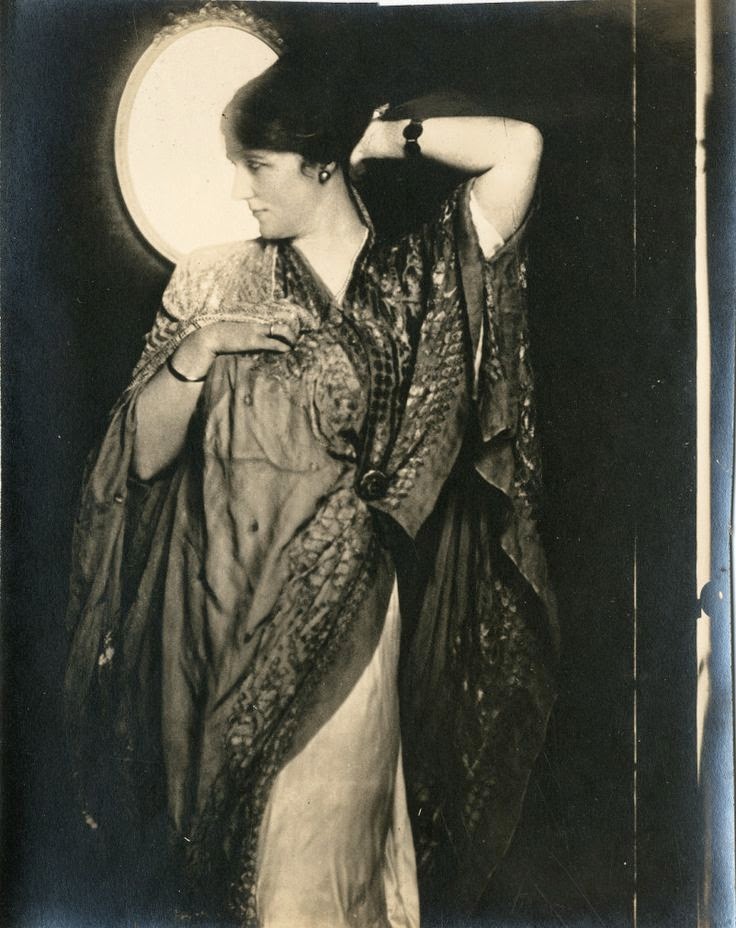 Nance O'Neil passed away on February 7, 1965 in Englewood, New Jersey.

She was interred at Forest Lawn in Glendale, California.

Nance was married once, to actor Alfred Hickman. The couple was married from 1916 until his death in 1931. I don't believe they ever had children.

Now! On to the Nance and Lizzie Borden connection. Nance met the infamous "murdereress" in 1904 while she was performing in Boston. Lizzie was reportedly a big fan of Nance's and was very excited not only to see her perform live, but to meet her as well! The two hit it off and even lived together for a time, throwing lavish parties. There were rumors that the two were lovers, but I haven't found any information to support this. Lizzie idolized Nance and apparently used to follow in her wake because she just adored her. So, perhaps people are assuming that means that there was romantic feelings involved, but again, not enough evidence for me. 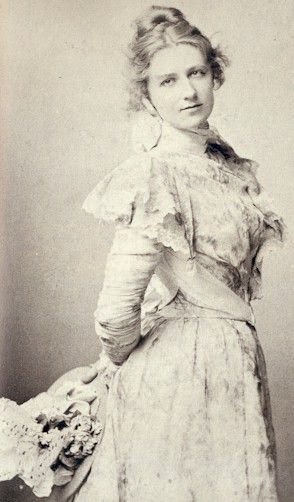