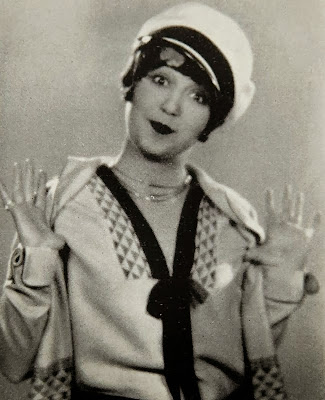 I had a reader ask me to do an entry about Thelma Hill and I had her on my list but I got caught up in the previous series and AHHHHHH!!

But, have no fear! I have gotten a few reader requests and if I don't get to them right away, please know that as soon as I get a request, I make a note of it. So, on a little sticky note on my computer I have a list of people to cover and I will get to them! Scout's honor! 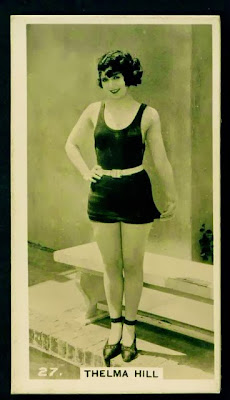 Thelma Hill was born Thelma Floy Hillerman on December 12, 1906 in Emporia, Kansas. She was the only child born to Clifford, a conductor (for music, not trains) and Gussie Hillerman. Census records once again get a little confusing because in both a 1905 and a 1910 record, Gussie is listed as 'widowed' but Clifford Hillerman didn't pass away until 1914. I did briefly read in some newspaper articles from the time that the couple divorced in 1909, but that still doesn't explain why she is listed as 'widowed.' Maybe she was still smarting from him deserting her. Can't blame her!

When she was in her teens, Thelma and her mother moved to California. They moved near a film studio and one day she was discovered by Mack Sennett himself! He liked what he saw, but not enough to put her into starring roles right off the bat. She started out as extras in his pictures and sometimes got to play a bit part. Eventually she was hired to work as a double for Mabel Normand. 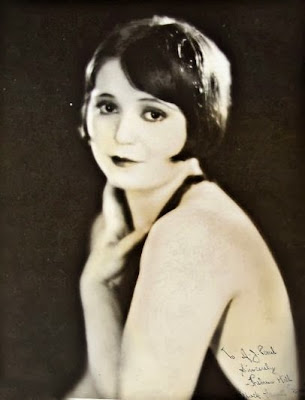 Her first film was a 1924 short called Picking Peaches, which is said to be the first film to feature the Mack Sennett Bathing Beauties. The other beauties in the film were Evelyn Francisco, Elsie Tarron, Gladys Tennyson, Dorothy Dorr, Cecille Evans, and Marceline Day (to name a few).

Being one of the Bathing Beauties is what Thelma is most known for nowadays. She was one of the first of the Beauties to branch out and have a screen career on her own. If she wasn't billed using her real name, people would recognize Thelma by nickname given to her, the "Mah Jongg Bathing Girl," because of a Mah Jongg bathing suit she was frequently photographed in. She had another nickname, "Pee-Wee," but this was mostly between friends and on set. Why Pee-Wee? Probably because Thelma was a little thing, she was only 5'1''.

Her film career lasted for 10 years and in that span Thelma appeared in over 100 films. Besides being a Bathing Beauty, Thelma also starred in the screen adaptation of the comic strip "Toots and Casper." The serial lasted from 1927 til 1929 with Thelma as Toots and Bud Duncan as Casper.

Then the talkies came to town! Thelma did appear in a few films and was quoted in a film magazine during this time, saying:

"I'm all enthused over what the next two years may bring me. I was scared
to death the first time I faced the microphone, but I have made three talkies
now and feel just as much at home as I did when we had only cameras to face.
I am taking dancing lessons now, too, and if I ever get sufficient courage I am
going to take singing lessons as I think both will be necessary with sound films
now in vogue."

But, it seemed that her flair for slapstick comedy belonged in the silent era and was not what movie audiences were wanting now.

She made her last screen appearance in the 1934 short, Mixed Nuts. 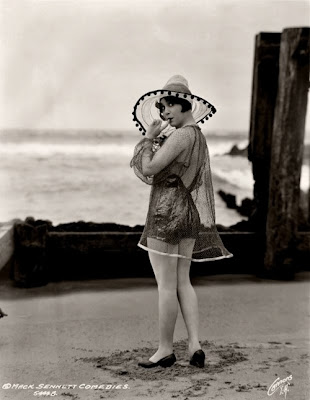 Thelma Hill passed away on May 11, 1938 in Culver City, California. Her career at a standstill had made her depressed and so she begun to drink excessively. Her alcohol intake took a toll on her health quickly and she eventually had to be checked into a sanitarium. It was here that she died, officially from a cerebral hemorrhage but it was exacerbated by malnutrition and cirrhosis of the liver due to her hard drinking. She was only 31 years old, poor girl.

Her ashes were interred at Forest Lawn in Glendale, in a scary looking closet room I might add. 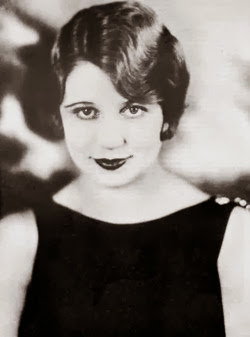 Thelma was married once, to actor John Sinclair. The two married in 1934 and were still married when she died four years later. Sinclair, also a heavy drinker, died in 1945 of cirrhosis of the liver. Before she wed Sinclair, she was engaged to director St. Elmo Boyce, who unfortunately also became an alcoholic when his career began to wain. He ended up committing suicide in 1930.

A story ran in the June 14, 1929 issue of the San Jose News that Thelma got her break in films because she spilled soup on Roscoe Arbuckle. It stated that when she was 13 years old and working with her mother in a cafe, that she had to waitress tables because they were extra busy. A movie was shooting nearby, so a lot of the film folks were coming by to eat and one of those folks was Arbuckle. Apparently, Thelma was clumsy and spilled a bowl of soup on Arbuckle's lap and somehow she ended up in pictures. That is the only place I read of that being how she got her start, so don't take it as the gospel truth.