Well, here we are. We have come to the end of our series about the silent film stars who passed away before they were able to make a try for the talkies. So, let's a man who was good friends with the one and only Nazimova and a man who was teamed with Dorothy Gibson, the actress who survived the sinking of The Titanic, in a few films. 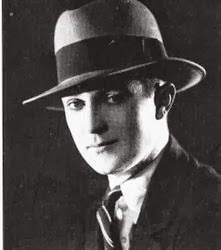 Rex Cherryman was born Rexford Raymond Cherryman on October 30, 1896 in Grand Rapids, Michigan. He was the second child and only son born to Esmond and Myrtle Cherryman. His sister, Edna Gladys (she usually went by Gladys) was five years older.

It gets a little confusing when it comes to the relationship between Rex's parents. In one census record, Myrtle Cherryman is listed as 'widowed' and in another one, ten years later, she is listed as 'divorced.' So, either Esmond Cherryman died and came back to life just to be divorced by his wife, or there was a mistake made on a record. I haven't found a census record where Esmond is listed as being married to Myrtle or living with his children. I did find one from 1910 that showed he was living in Idaho and working as a watchman for a steamboat company. He was listed as 'single' in this record. Esmond died in 1944.

Dramatics was already present in the Cherryman household before Rex was born. Myrtle loved appearing on the stage when she was a child in her town's local productions and when she was older, she worked as a music editor and composer.

Rex attended the University of Michigan (GO BLUE!) and while there he met another student named Esther Lamb. The two fell in love and were married in 1918. They had a son, Rexford Cherryman Jr. in 1925. And sadly, Rex Jr. died only a few months ago on July 25th. According to Rex, the marriage was a mistake but the two remained on friendly terms.

Like his mother, he loved the theatre and really enjoyed performing in front of a live audience. His stage resume involves more appearances than his film resume which consisted of only five films.

He made his film debut in 1919's In for Thirty Days with May Allison. Not a bad way to start!


His next film was 1920's Madame Peacock starring Alla Nazimova. Nazimova picked Rex out herself to star alongside her. The two soon became good friends and she chose him again as her costar in Camille the following year. The success of the film (which of course was helped by it's other star, Rudolph Valentino) helped put Rex into the public's eye and got them talking about him.

In 1923, he made his next film, Sunshine Trail which wasn't really a stellar followup to his previous film. He didn't make another film until 1928, which would end up being his last screen appearance. 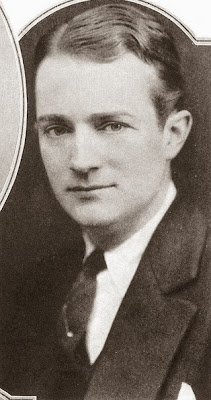 Rex Cherryman passed away on August 10, 1928 in Le Havre, France. He had fallen ill while sailing from the U.S. to Paris and it later developed into septic poisoning. He was 31 years old.

He was interred at Forest Lawn in Glendale, California.

Rex remained married to Esther until his death, legally that is. Unfortunately, Rex was unfaithful to her at least once, and it was with a woman who would later become a big movie star. In the early 1920s while performing in a production in San Francisco, Rex met fellow actor Barbara Stanwyck (although, at that time she was still using her birth name, Ruby Stevens). They two met again a few years later in 1926 when they were both appearing in the same play and it was either that year or the following that the two began an affair. Barbara wasn't married at the time, but Rex certainly was! It was Barbara who was there when Rex left to sail to France and was understandably shocked and devastated when he died a few days later. Esther Cherryman knew about the affair by now and she was ready to file for divorce from Rex. Interestingly enough though, when she died over 70 years later, she was interred in the same niche as her husband.


Here is a interesting/eerie story involving Rex that I wanted to share. In 1927, Rex was appearing in the stage production The Trial of Mary Dugan. He was only with the production for a few weeks when he fell ill and was replaced by another young actor, Robert Williams. The day after Rex died, Robert spoke to a New York reporter saying, "I'm not going to let this be a jinx to me. I'm not superstitious. If a man is going to get a stardom, he's going to get there and death can't stop him." These words were going to come back and haunt him soon. In 1931, Robert was one lucky man, he was starring alongside Jean Harlow in the film, Platinum Blonde and reviews were saying this was his gateway to stardom! Sadly, four days after the film was released, he passed away from appendicitis. Superstitious now?

"It was my first chance at dramatic acting and everything enchanted me. Rex was handsome and young and had a great talent and good humor...I adored him." ~~ Barbara Stanwyck 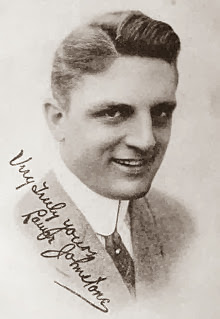 I couldn't find any information about his family or his early life. I apologize.

He made his film debut in a 1912 short, Keeping an Eye on Father.

During his career, he appeared mostly in films for the Selig and Eclair Studios and was often paired with Dorothy Gibson, the silent film actress who survived the sinking of the Titanic. Along with Dorothy, he frequently shared the screen with Muriel Ostriche, Francelia Billington, Stella LeSaint, Alec B. Francis, Barbara Tennant, Julia Stuart, and Will E. Shearer.

Not only was Lamar an actor, but he also had a chance to direct a few of his films in the 1913-1915 period. He also did his own stunts. In the 1916 film, Secret of the Submarine, Lamar had the chance to fly himself and his costar, Juanita Hansen in an airplane. You couldn't pay me enough for that!

His last film appearance was in an Olive Thomas film, The Spite Bride. It was released four months after his death. Lamar Johnstone passed away on May 21, 1919 in Palm Springs, California. His coworkers recalled that he was in good health and spirits when he went to bed that night. His body was found the next morning in bed. The cause of death was listed as heart disease. He was 35 years old.

He was buried in the Calvary Cemetery in Los Angeles.

Dropping dead from heart disease at 35 was pretty surprising. Especially considering that Lamar was in pretty good physical condition. He enjoyed boxing in his spare time and was said to be pretty good at it.

I couldn't find any information on a marriage except that he is mentioned in an article as leaving a widow behind. I also found his WWI draft card that listed his nearest relative as being an 'Adeline Johnstone.' It didn't list the relationship, but I am thinking that she was his wife.