So, on Monday I am heading back out to California to visit my favorite lads and ladies from the silent screen. I am trying to get my grave hunting lists together and find who I haven't yet and I have come across quite a few names of silent film stars that I have heard of or seen in films, but don't know much about. I like to know really who I am looking for, so I am cracking out two biographies today. One is Dorothy Phillips and what I know about her is that she was reportedly one of the nicest and most approachable stars during her time. The second is Mignon Anderson, and what I know about her is that she worked for Thanhouser Studios, and that is pretty much it. 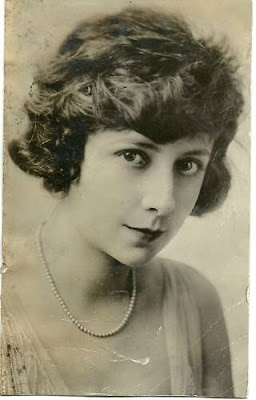 She began her career as most do, on the stage. She made her film debut in 1911, and after making quite a few films, she earned, the nickname "Kid Nazimova" because she did such a great job imitating Alla Nazimova. Kinda interesting they called her a kid, considering she was in her twenties. 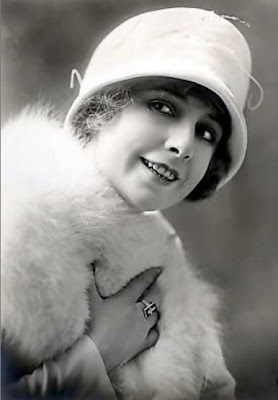 Dorothy may have been quite a lovely little comedian, but her star power didn't seem to have any staying power. Her popularity began to decline during the late 1920s, right about when talkies were starting to loom on the horizon. If she did get film roles, they were either bit parts or uncredited roles. 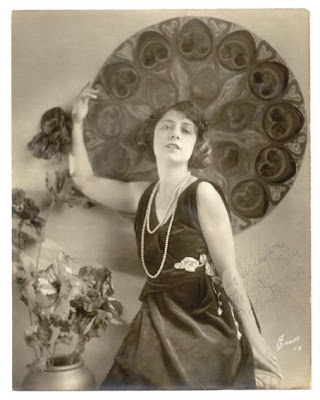 Dorothy Phillips passed away on March 1, 1980 in California. She was buried at the Hollywood Forever Cemetery.

Dorothy was only married once, to actor/director/producer Allen Holubar in 1912. They remained married until his death in 1923 from complications following gallstone surgery. The two were a Hollywood power couple during that era.

Like I said earlier, she was known as one of the nicest gals you could ever meet. She had a lovely disposition and movie fans found her very approachable. You don't find that in film stars very much, so good for you Dorothy! 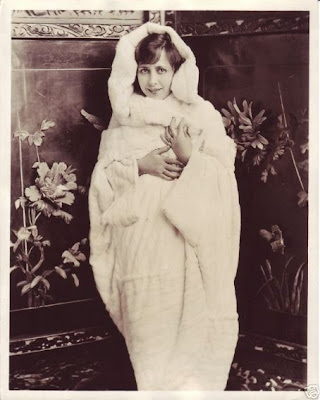 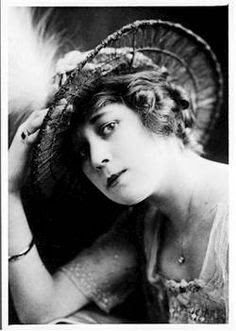 Mignon Anderson was born on March 31, 1892 in Baltimore, Maryland (same as Dorothy!) Her father, James Frank Anderson, was an actor who appeared on the vaudeville stage and in operas and her mother, Hollie, also appeared on the stage.

Her family, which included two older sisters, Charlotta and and Hollie, moved to New York City where they went to school and Mignon made her stage debut when she was only six months old.

While also working on the stage, she also worked as an artist's model.

When she was in her late teens in 1911, she signed with Thanhouser Studios. She signed on as a sweet, dainty ingenue. Very dainty considering she was only about five feet tall. Her fellow Thanhouser actors apparently nicknamed her "Filet Mignon." (of course)

After staying at Thanhouser for about four or five years, she left and signed with a few other studios briefly before becoming a freelance player.

Apparently she knew where her talents lay because she went from silent movies back into theatre work. She never appeared in a talkie, and her last film appearance was in 1922.

Mignon Anderson passed away on February 25, 1983 in Los Angeles. She was buried at Forest Lawn in Hollywood Hills.

She was only married once, to fellow actor Morris Foster in 1915. According to a news article at the time, the wedding took place at her home because her family was still in mourning. Not sure exactly what they were in mourning about, but it could be for Frank Anderson, who died around that time. The two had a wonderful marriage and remained married until he passed away in 1966. They did not have any children.

Although she was only married once, she did have quite a few other beaus around the studio. She was linked to another actor named Val Hush, who was once linked to another Thanhouser beauty, Florence LaBadie. But, the one actor it seemed like she almost married was Irving Cummings. They two, according to Cummings, were going to be married very soon, but the next thing people knew, she married Morris Foster. Ah love...