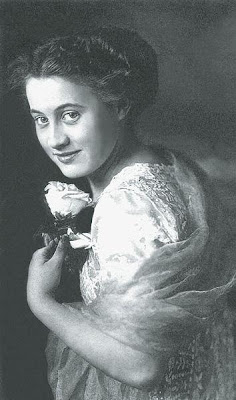 I figured that this would be the perfect time to write an entry about Dorothy Gibson, an actress who survived the sinking of the Titanic. I am going to see Titanic 3D tomorrow after class, so I am in a very historical state of mind.

I am not a big fan of the love story in the movie, but rather the historical aspects of the film. What a beautiful ship they recreated and what a beautiful time they took the audience back to. I loved how we were able to "meet" Molly Brown, Isidor Strauss, Thomas Andrews, etc. 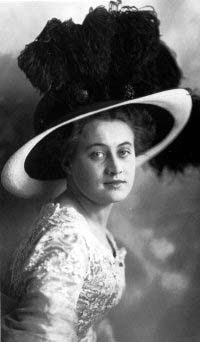 Dorothy Gibson was born Dorothy Winifred Brown on May 17, 1889 in Hoboken, New Jersey.

Her father, John, died when she was three years old. Her mother, Pauline, remarried soon after to man named Leonard Gibson.

When she was around 17 or 18, she began appearing on stage singing and dancing on the vaudeville circuit. She even appeared on Broadway and at the Hippodrome in New York City.

Her other job was as a model, and she sat for such famous artists as Harrison Fisher. For a few years, you could see Dorothy's face on book covers, postcards, and various advertisements.

In 1911, she made her film debut in A Show Girl's Stratagem. She appeared in comedy shorts, and her acting was praised.

Now, to the aspect of Dorothy's life that made her memorable even now. She and her mother sailed on the Titanic after taking a vacation in Italy. They were playing cards in the lounge when the ship struck on iceberg on April 14, 1912. Dorothy and her mother secured seats on lifeboat #7 , which was the first lifeboat that was launched.

Almost right away after she landed back in New York City aboard the Carpathia, her manager wanted her to make a film about the sinking. So, she wrote and starred in 1912's Saved from the Titanic. She even wore the clothes she had worn the night of the sinking! Not surprisingly, the film was a big hit. Sadly though, it is considered a lost film. The only known prints were destroyed in a fire in 1914. It was destroyed before it could even be lost!

Dorothy appeared in a few more films, and was becoming as famous as Mary Pickford. But, even so, she retired from her film career in mid 1912. Her reason for leaving the screen was so that she could enjoy a singing career on the stage, where she first began her career.

Around 1919, she moved to Paris. She lived a quiet life, until the start of WWII when it came out that she was in fact a Nazi sympathizer. She renounced this fact in 1944, but was still arrested and jailed in Italy. She managed to escape with two other men.

She was buried at Saint Germain-en-Laye Cemetery.

Dorothy was married twice. First to a pharmacist named George Battier Jr. in 1909. They divorced in 1916, but had been separated for years. Her second marriage was more well known. It was to the co-founder of Universal pictures,  Jules Brulatour. The two began having an affair during the making of her Titanic picture. The problem? Brulatour was married to his wife, Clara, and they had three children. And although technically they were separated, they were still legally married.

Fearing an even bigger backlash, Jules Brulatour felt he had no other choice but to marry his mistress in 1917. Shockingly (sarcasm, can you feel it?) the union did not last, and was declared invalid two years later. Neither of her marriages produced children. 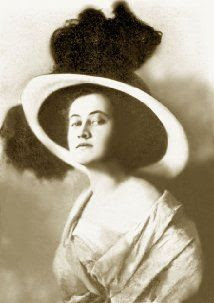 Out of all her films, there is only one that is known to survive. The Lucky Holdup (1912) was found in 2001 and is now stored at the Library of Congress.

Apparently the lifeboat that Dorothy was on had a missing plug, so as soon as it hit the water, water came flowing in. The ladies (and a few gentlemen) on the lifeboat volunteered their undergarments to help stop the leak.

Now, here are some facts about her most famous film:

President Taft received a personal copy of the film. He lost his friend and military aide,
Archibald Butt, in the sinking.

Jules Brulatour sent cameraman to film the arrival of the Carpathia to use in the film. He
also used film footage of the ship's captain, Edward J. Smith.

The entire film was shot in a week, and was only 10 minutes long.

Not surprisingly, Dorothy was still quite shaken from the whole ordeal. Shooting was often
delayed because she would breakdown crying. She could still hear the sound the ship made
as it broke apart and sank, and also the screams of the 1500 in the ocean who were freezing
to death.