StumbleUpon.com is a new friend of mine. My new friend recently showed me this website with information on the National Film Registry, and let me tell you...I was scrolling up and down the list of movies that have not been added for like hours. I was really surprised at some of the titles on there that had yet to be added.

You can e-mail in your movie choices to dross@loc.gov and they ask for a limit of 50 choices (which, after looking at this list, is hard to narrow down). I highly recommend everyone sending in votes so we can all see some of our favorite film and film stars preserved for years and years to come. You can check out a list of those yet added here: http://www.loc.gov/film/NFRposs.html

Here are a few of the highlights. Also known as the titles I sent my votes in for. 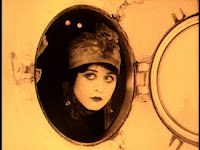 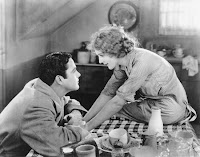 ﻿Steamboat Bill Jr. (1928) starring Buster Keaton
﻿Like I said, there are a ton of other titles, tons and tons of talkie pictures that deserve to be preserved too, but I just named the silents for obvious reasons. Ya'll agree with my choices?
Posted by Jessica Wahl at 4:20 PM