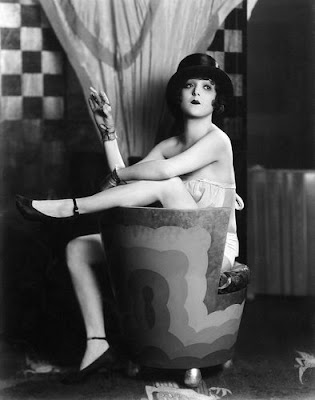 Ah...another one with magnetic eyes that just pull you in. I had a chance to see Madge Bellamy in Lorna Doone and it was a beautiful adaptation. With her big, beautiful, brown eyes and the Mary Pickford like curls it made you feel like you were back in time watching the story unfold for real and not watching a movie.

On the opposite side of the spectrum, she seemed like the wide eyed, cutesy flapper girl. And of course, like most of our favorite silent film stars, she didn't turn into a talkies film star. We remember her though and that is something. Cuz we know and love her! (I do at least) Even if she was rumored to have been somewhat of a bitch... 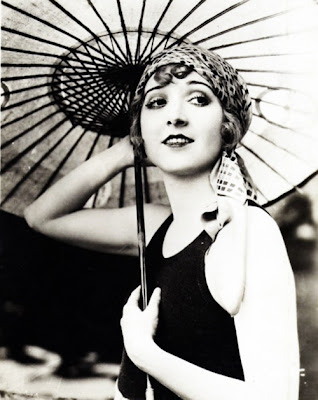 Madge Bellamy was born Margaret Derden Philpotts in June 30, 1899 in Hillsboro, Texas. Her parents were Annie and William, who was a professor. During her childhood her family moved around Texas and then ended up in Colorado. It was here where she began acting in plays and really wanting to embrace a career as an actress.

When she was 17, she ran away from home and went all the way to New York City. She appeared in productions on Broadway as both a dancer and as an actress.


She signed a contract with the Triangle film company Company and made her first screen appearance in 1921. She then went to Famous Players and then to Fox.

Although Madge made the transition to sound smoothly, her career did not keep the momentum she was accustomed to during her silent days. Her attitude seemed to be the problem, not her talent. A dispute with Fox pictures caused a hault in her career that last for about 3 years and only resumed with appearances in B movies.


The film people seem to recognize her for the most isn't a silent film, but a horror flick with Bela Lugosi called White Zombie made in 1932.

She made her last appearance in film in 1945.

Madge Bellamy passed away on January 24, 1990 of heart failure. For some reason, I can't seem to find any information on where she is buried, or even if she was cremated. Bummer.


In 1943, Madge...well, apparently lost her damn mind. She was charged with shooting her then lover, Stanwood Murphy. The case (like many back then and even today) is muddled by different facts from different parties. For instance, Madge claimed that she only meant to scare him, maybe just graze him a little. She said that if she had meant to kill him, she would have, because she was an great shot. God love her! Some of her movie industry friends believed that she definitely shot him and meant to do it. Apparently her reputation for being difficult was working against her at the worst possible moment. She had to ruin her reputation even further by admitting that she was having an affair with Murphy. Her attorney played her up as the wronged woman, and the case was eventually dropped. The bad news was that she was a ruined woman in the public's eye.

Because of the scandal, she couldn't find work in Hollywood. She tried to write and publish books, but to no success. She lived in poverty until later in her life when she got into real estate and could really support herself. Unfortunately, her autobiography, A Darling of the Twenties, wasn't published until after she died. 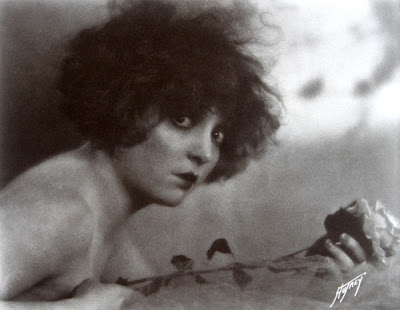 She only married once, to a stockbroker named Logan Metcalf. They married in 1928, and filed for divorce three days later!


"I've avoided all my life the romantic stuff which novels and movies are about. Never went in for that mush." ~ Madge Bellamy
Posted by Jessica Wahl at 11:20 AM