As I have stated a few hundred times, I love pictures of the actors and actresses of yester year. I realized I had a bunch on my computer that have just been lying in wait. They are of lesser known actresses, so getting info on all of them can be hard and would only garner a few second long entry. So, instead...I present them to you all at once. Feast your eyes on these lovely ladies of the silent screen. 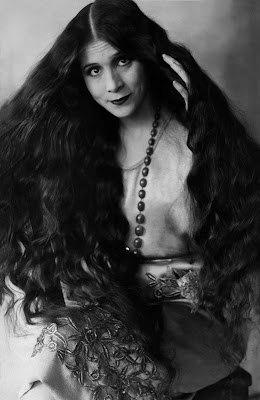 This is Olive Ann Alcorn. She was born March 10, 1900 in Stillwater, Minnesota. Her film debut was in a Charlie Chaplin short called Sunnyside in 1919.  She was credited in five silent film features all together, most notably 1925's The Phantom of the Opera with Lon Chaney.  Olive was known more for her dancing abilities on stage rather than her acting on the screen. She was a member of the Denishawn Players, starting when she was still in her teens. Another thing she was famous for was her nude postcards that she posed for. Olive Ann Alcorn passed away on January 8, 1975. 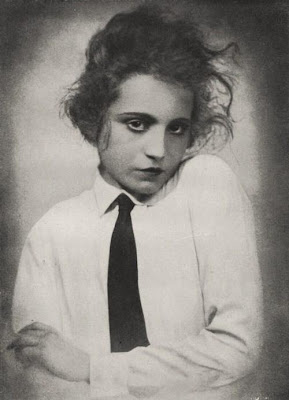 Here is Miss Elisabeth Bergner. She was born Elisabeth Ettel on August 22, 1897 in Ukraine. She began working as a model in her teens and eventually moving to the silver screen, making her film debut in 1923. Her film career had some ups and downs. The down was that one of her films was banned in Germany because it had Jewish actors in it. The upside was that she earned an Oscar nomination in 1935 for her role in the film Escape Me Never. Mind you, this was all over in Europe. She did make one film in America, but the film and Elisabeth weren't hits with the public. She did have something in common with such Hollywood actresses as Julie Andrews, Joanne Woodward and Jean Simmons though. They were all in films that were directed by their husbands (Elisabeth was married to director Paul Szinner). She eventually retired from film and stage alike in the 1970s. Elisabeth Bergner passed away on May 12, 1986 in London. Interesting little fact about Elisabeth was that she was part of the inspiration behind the famous story/film All About Eve. 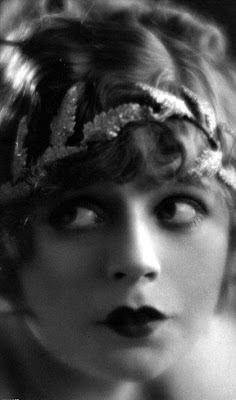 This cutie is Dulcie Cooper. She was born on November 3, 1903 in Sydney, Australia. She appeared in roughly six silent films. After the silent days passed by, she appeared in a number of stage productions, and even made a few television appearances, including a spot on "The Phil Silvers Show" in 1957. Dulcie Cooper passed away on September 3, 1981 in New York City.

Clara Horton was born on July 29, 1904 in Brooklyn, New York. She made her film debut in 1912 when she was still a kid, and even earned the nickname "The Eclair Kid." Clara appeared in over 50 silent movies including 1917's Tom Sawyer with Jack Pickford. Since she was such a film veteran by the time the talkies came around, she seemed to be ready for the new talking picture medium, but like so many other silent film actors, her career didn't last. She made her last film in 1942. Clara Horton passed away on December 4, 1976 in Encino, California. 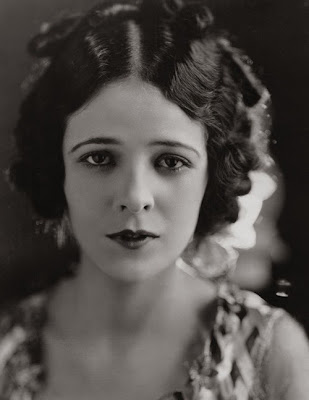 Those beautiful eyes look right into you don't they? The eyes belong to Mona Maris. She was born Rosa Emma Mona Maria Marta Capdevielle in Buenos Aires, Argentina. She appeared in roughly 10 silent films, and most were Westerns. Even when the talkies came, she still appeared in a lot of Westerns. Typecasting is an age old thing, ain't it? Incredibly, her last film role was in 1984. Mona Maris passed away on March 23, 1991 in her hometown of Buenos Aires, Argentina. 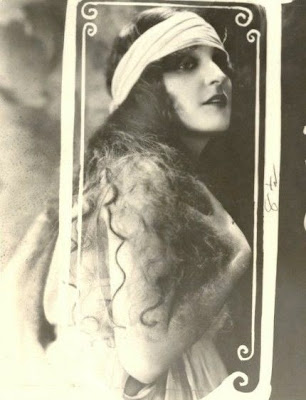 I love the head wrap in the hair look, so flapper! This beauty is Marguerite Namara. She was born Marguerite Banks on November 19, 1888 in Cleveland, Ohio. She only appeared in two silent films and then only three talkies. Her first talkie was in a 1932 version of Carmen, where she had the starring role. Her daughter, Peggy, also appeared in a few films. Marguerite Namara passed away on November 3, 1974 in Marbella, Spain. 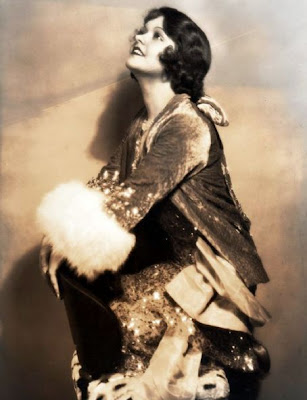 Sally Starr (perfect stage name) was born Sarah Kathryn Sturm on January 23, 1909 in Pittsburgh, Pennsylvania. She started off as a chorus girl in "George White's Scandals" and became so popular that she eventually became the girl who announced the next scene. She appeared in around four silent films, mostly because her time was spent on the stage. She was signed by MGM who wanted her to represent an everyday starlet. Sally was even supposed to be another up and coming Clara Bow. But, as we all know, no one can touch Clara. Her last film appearance was in 1938. Sally Starr passed away on May 5, 1996 in Pennsylvania. 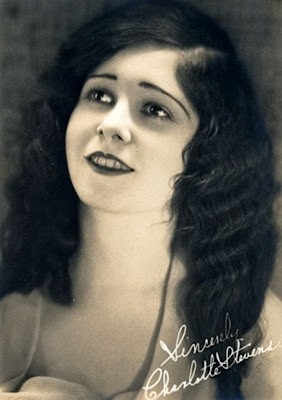 Please meet Miss Charlotte Stevens. She was born August 25, 1902 in Chicago, Illinois. She made her film debut in 1915 and kept making movies all the way til 1928 when she retired from the industry. Charlotte Stevens passed away on October 28, 1946 at age 46 in Los Angeles. I can't find out how/why she died so young though. 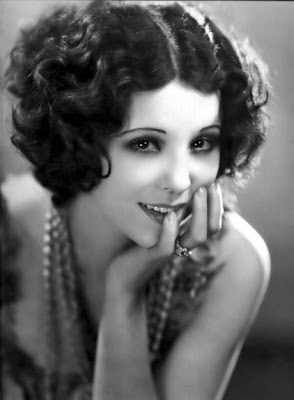 This is Raquel Torres. She was born with the less exciting name of Paula Osterman in Hermosillo, Mexico on November 11, 1908. She made her film debut at age 19 in the not really silent film White Shadows in the South Seas. This was actually MGM's first film to use synchronized music, dialogue, and sound effects. She really find her stride as another Mexican Spitfire type (like Lupe Velez) and also from her appearance in the Marx Brother's film, Duck Soup in 1933. Her last film appearance was in an uncredited role in a 1936 film. Raquel Torres passed away on August 10, 1987 in Los Angeles. 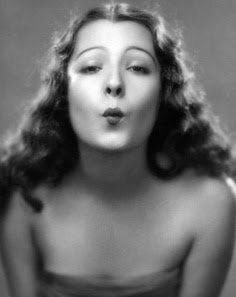 Last but not least is another lovely Latin lady, Lupita Tovar. She was born Guadalupe Tovar on July 27, 1910 in Oaxaca, Mexico. She made three silent films before moving right along to the talkies. Interestingly, one of her more notable film roles was in the Spanish version of Dracula in 1931. She married agent Paul Kohner in 1932, and their daughter, Susan, became an actress as well, appearing in Imitation of Life with Lana Turner. She was nominated for an Oscar for her role. Another cool note about Lupita....she is still alive! Man oh man...

Posted by Jessica Keaton at 1:17 PM