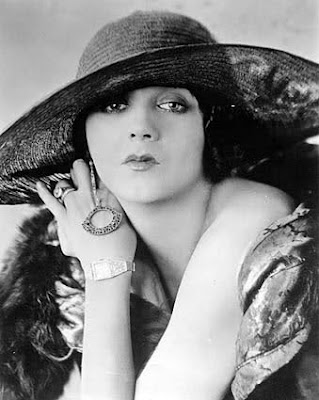 "The Most Beautiful Girl in the World." Barbara La Marr. I actually first learned about her when I was standing in front of her grave. On my first trip to Hollywood Forever, while looking for Valentino's grave in the mausoleum, I came across a grave decorated with flowers and covered in lipstick marks from people who left kisses. I was intrigued by the claim that the woman buried here was the most beautiful girl and that all these people wanted to leave flowers, kisses, etc. And I came to find later, that she was in fact absolutely beautiful. The tragedy is that she only lived to age 29. Now, when I visit the cemetery, I not only leave Rudy a kiss, I leave Barbara one too. 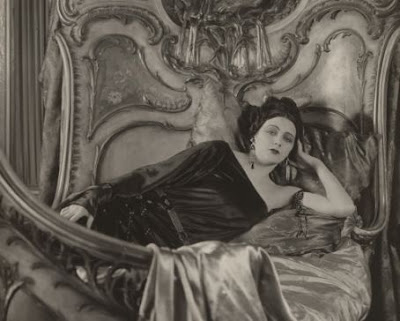 She was born Reatha Dale Watson on July 28, 1896 in Yakima, Washington. Her parents were newspaper editor William and his wife Rosanna. She joined older brother William Jr. and Rosanna's two children from a previous marriage, Henry and Violet.


In 1910, the family moved to California. In January of 1913, she joined her sister Violet on a road trip with a man named C.C. Boxley. Barbara started to get a feeling after a few days that they were never going back home. She was finally sent back home after Violet and Boxley found out that there were warrants out for their arrests for kidnapping. The story made front page news, and Barbara even testified against her sister. The charges were later dropped. Barbara kept on making news. In 1913, after a visit to Arizona, she announced that she was now the widow of a man named Jack Lytell. He supposedly saw her riding in her car, rode up on horseback, and literally swept her off her feet (This is just a legend though, so who knows).


She then married a man named Phil Ainsworth and the two moved to New York City. She began writing screenplays and working with filmmakers, which ultimately led to her returning to Los Angeles. She made her film debut in 1920 and was soon deemed "The Most Beautiful Girl in the World" and soon became a star.
Not only was she an actress, appearing in over 30 films, she also wrote 7 screenplays and danced on Broadway. Barbara divorced Ainsworth in 1918. That same year, she married Ben Deeley. They divorced in 1921. She married her fifth and final husband, Jack Dougherty in 1923 and stayed married to him until her death. After her death, the fact she had given birth to a son, by a man who was never identified, came to life. Marvin Carville La Marr was adopted after Barbara's death by actress and friend Zasu Pitts and her husband Tom Gallery. The boy was renamed Don Gallery and eventually grew up to become an actor and even dated Elizabeth Taylor off and on.

With all the movies and performances she took part in, its not surprising that Barbara only slept two hours a night. She never wanted to miss a moment in her life. Kinda prophetic if you think about how short her life would end up being. Living the fast paced Hollywood life, it was no surprise that she soon began to use heroin. The drug weakened her system, and she died suddenly of tuberculosis and nephritis on January 30, 1926 in Altadena, California. 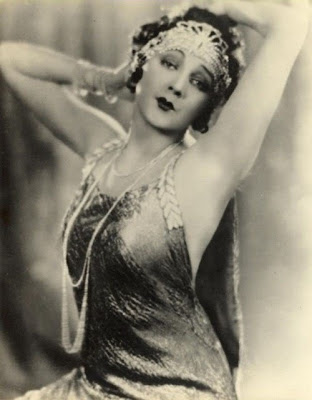 Posted by Jessica Keaton at 3:04 PM